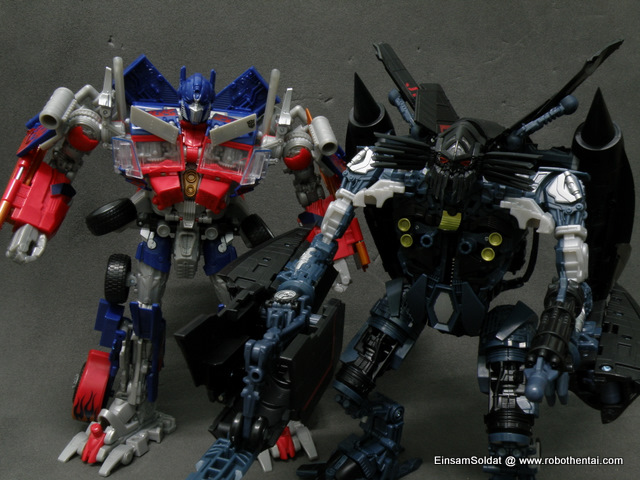 JetFire and Optimus Prime getting ready for combination.

Regardless of TakaraTomy or Hasbro version of the toy, both is able to be combined without issues.

For the combination, start of with transforming both Optimus Prime and JetFire in their robot mode. 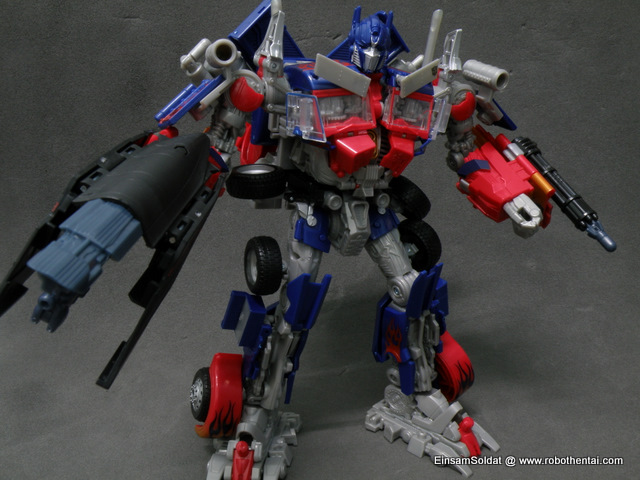 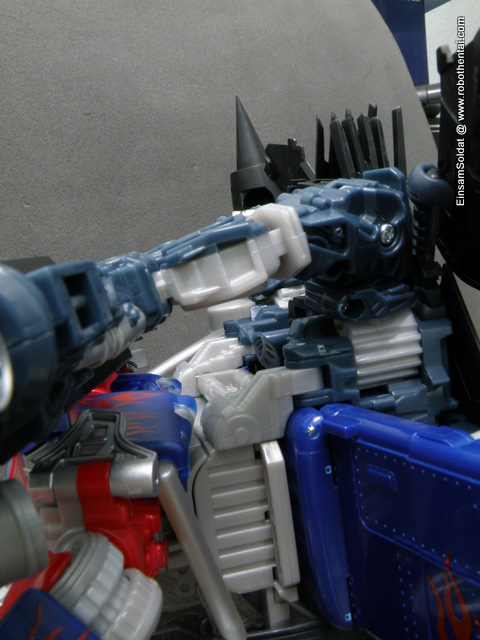 Step 2 - Divide body of JetFire into 2 half horizontally, hook the silver piece of JetFire at the back of Optimus Prime. 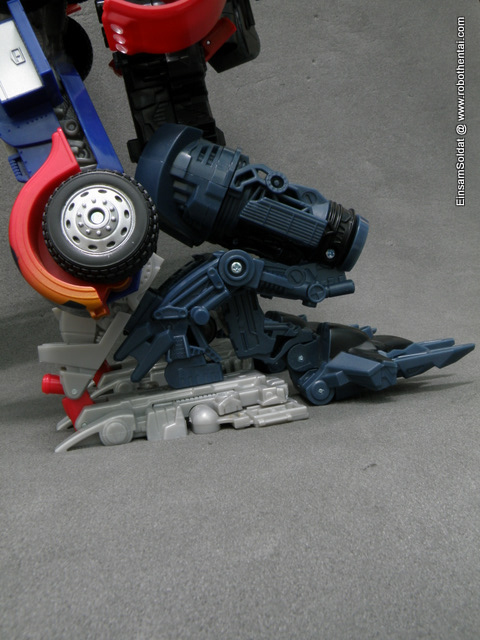 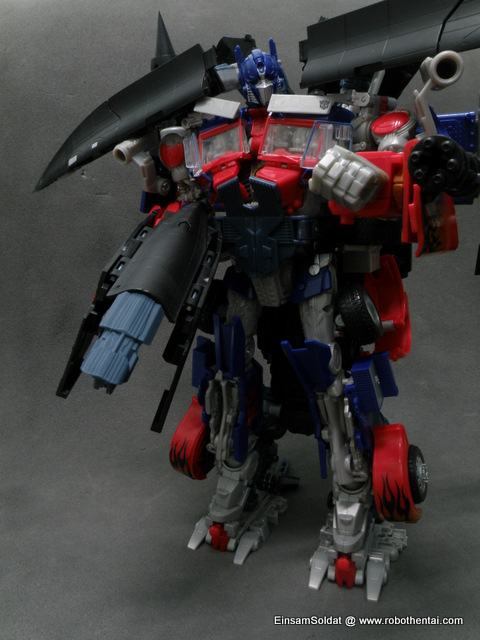 Step 4 - Fasten the seat belt and ready for flight.

In the nut shell, in the transformation or combination Jet Fire is more like a jet pack complete with buckle, attachment on to the feet and hook to the back.

Original leg configuration, the dual toes is tuck to the back. 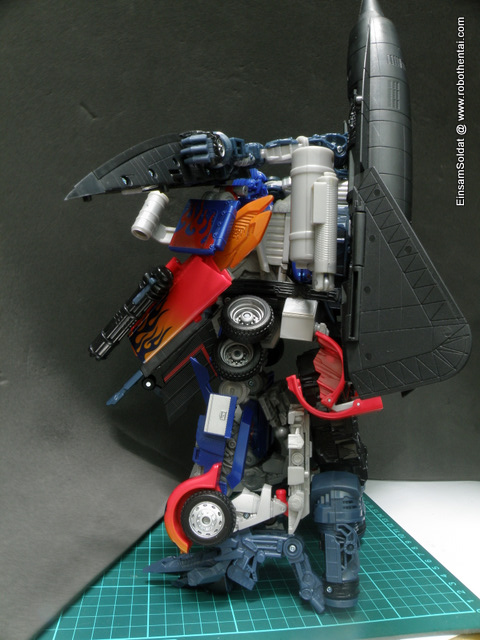 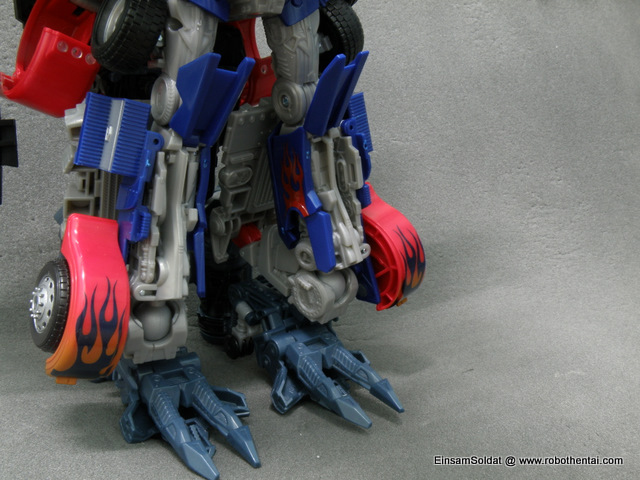 Front view of the alternate leg configuration of Powered-Up Prime.

Other than the feet and back pack, from the frontal view after the combination, the head and the torso is still clearly is Optimus Prime. 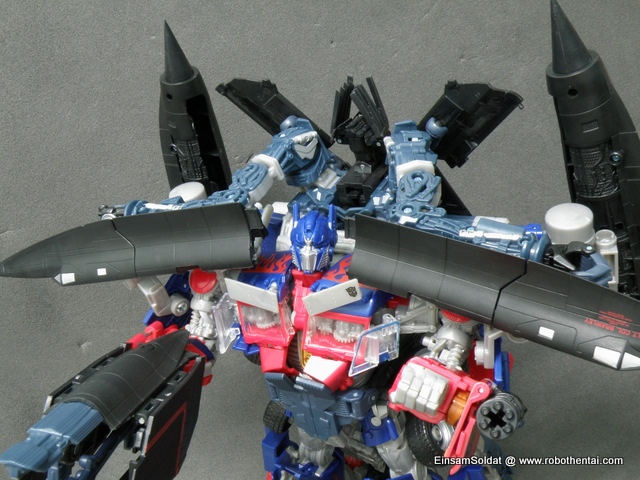 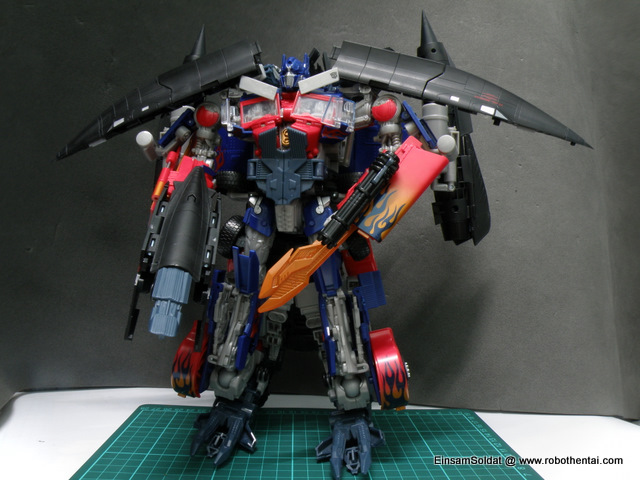 When the combination is completed, Powered-Up Prime is lacking of articulation at its lower part of the body. Hand are less articulated at the shoulder due to new shoulder pads. However the energon sword is still extensible on the part of arm without the big blaster. 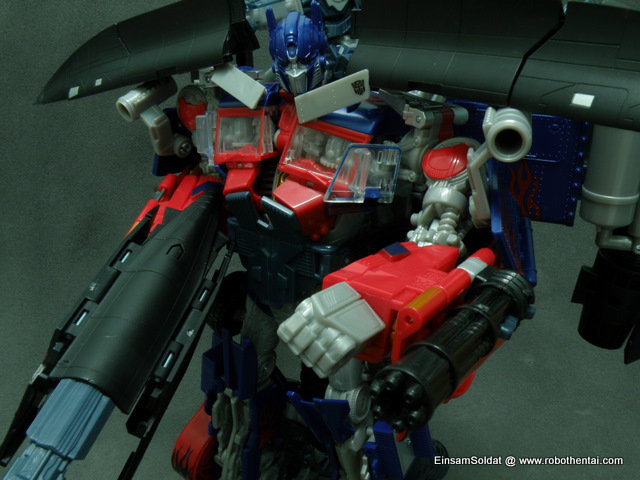 With jet pack buckle at its abdoment.

The mech-alive feature of Optimus Prime is removed. However, it can be triggered by pushing Optimus Prime backwards. In Powered-Up mode, there is a sound effect. Which is located at the lower back of JetFire. 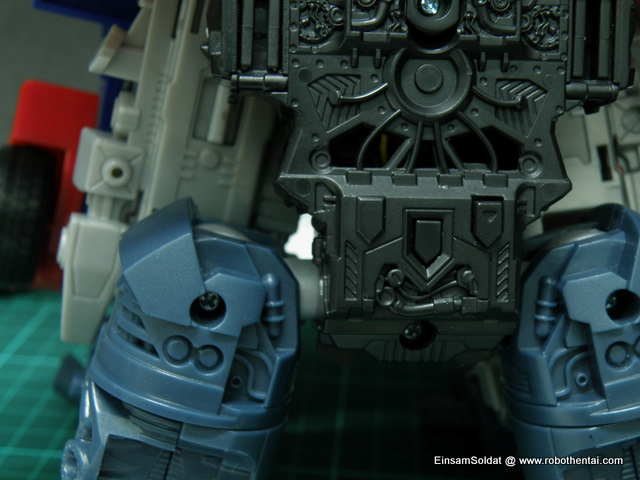 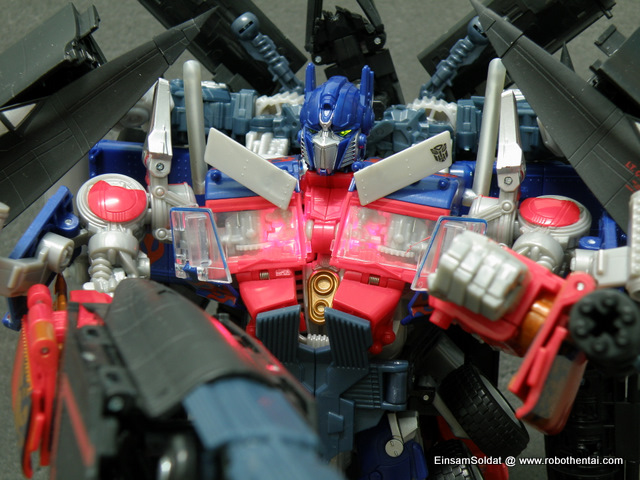 By moving Optimus Prime head to the back, the chest and eyes will light up simulating effect of mech alive.

There is a few configuration available for the shoulder pad. One involving folding up the 2 half of the cockpit/fuselage back into the position of JetFire robot arm. The only downside is it exposes JetFire claw but it does not matter for JetFire head can be seen in any configuration. 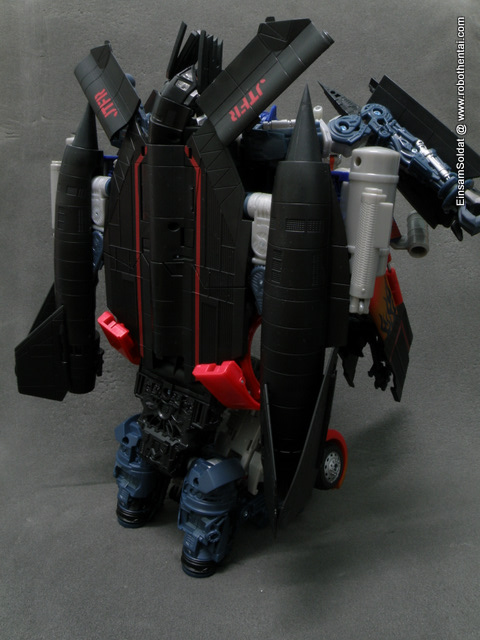 Alternate configuration makes the legs and feet stubby from the back. 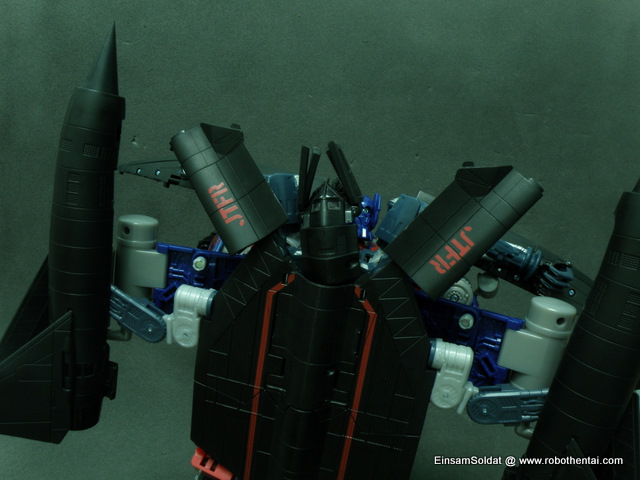 JetFire trying to play peek-ka-boo at the back. 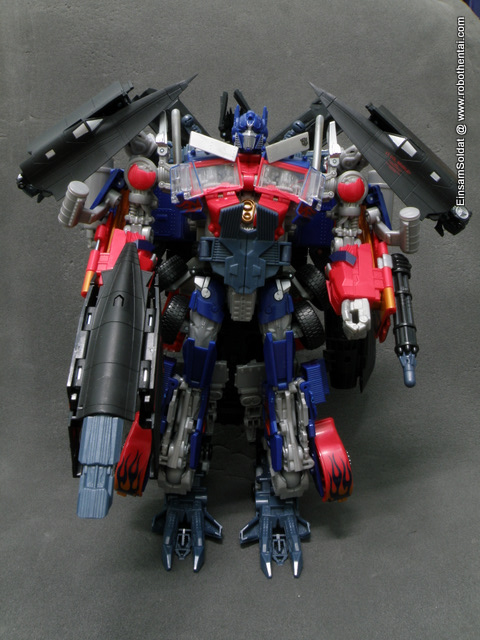 Alternate configuration of the shoulder pads and feet.

Another view at all the glory of Power-Up Prime.

As summary, Powered-Up Prime is a great display piece meant to be displayed face to face to would be on lookers. In term of articulation, it is severely lacking.

Not meant for those that is fear of grotesque appearance of having your ally’s carcass mount on your back with his dead head dangling at the back of your head. 😛 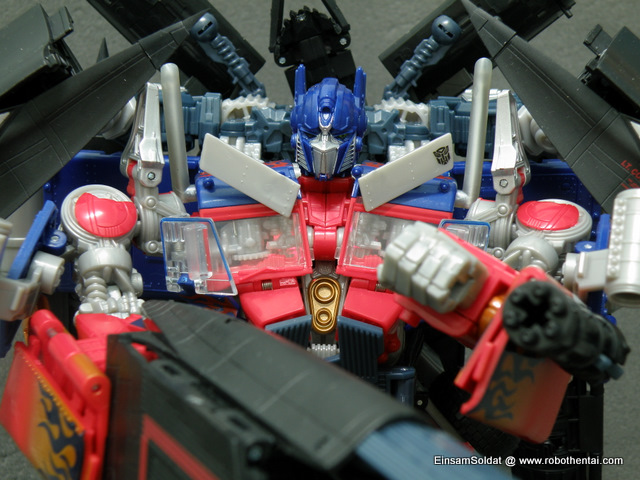 Notice JetFire head is sticking up like a sore thumb behind Optimus Prime head.