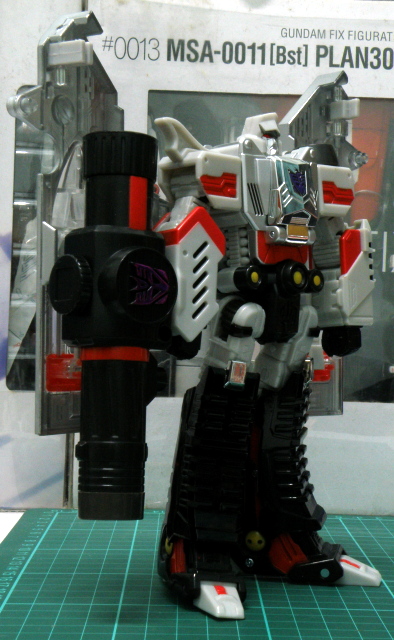 Megatron, is one of the early arch-villian type any kid born in the 1980s can relate to. Ruthless, megalomania but with a virtue honor. Of course, a story needs a villian and a hero. Megatron just answered the call.

Takara and Hasbro has reimagined the G1 Megatron and give it a futuristic looking short barreled revolver. At its gun mode it is just fit nicely how a compact modern pistol supposed to fit any adult´s hand. The Henkei version looks better than the Classics Megatron.

Like its arch rival Convoy, Henkei Megatron is pack in its robot mode. 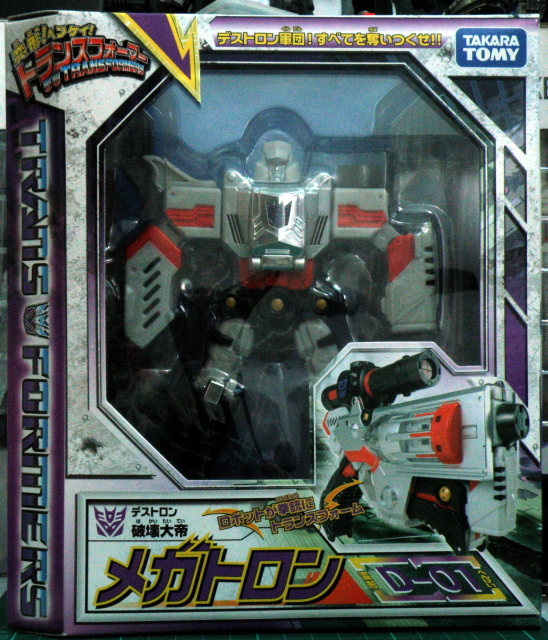 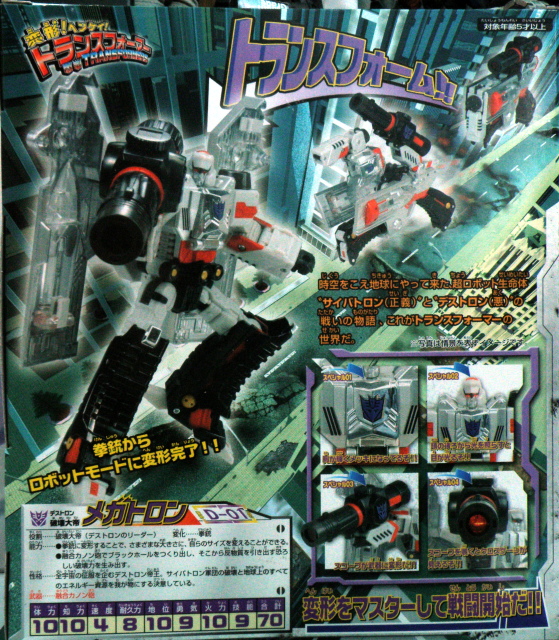 Similar to its Henkei counterpart, the package back is decorated with the characters technical specs, description, features and transformation diagram.

The packaging show the toy is an advertisement or marketting tool as it introduce characters on the same toy line -_-¨ .

From the package, Henkei Megatron is rather big and it is taller than Henkei Convoy. Unfortunately, there is no accessories for this figure. Just a robot with its oversized canon on the right arm. 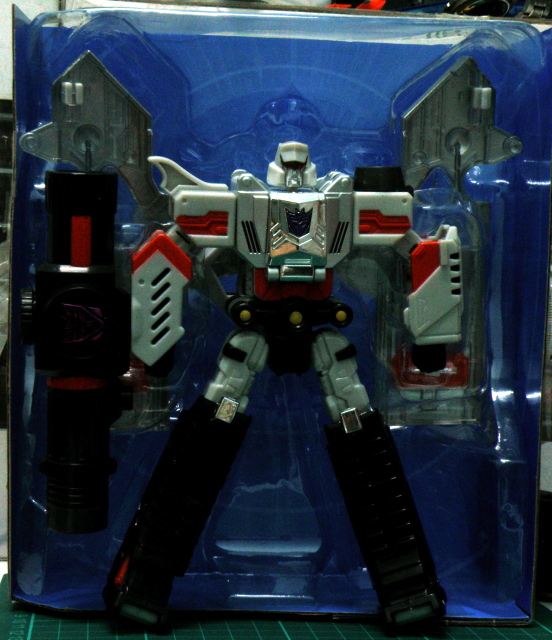 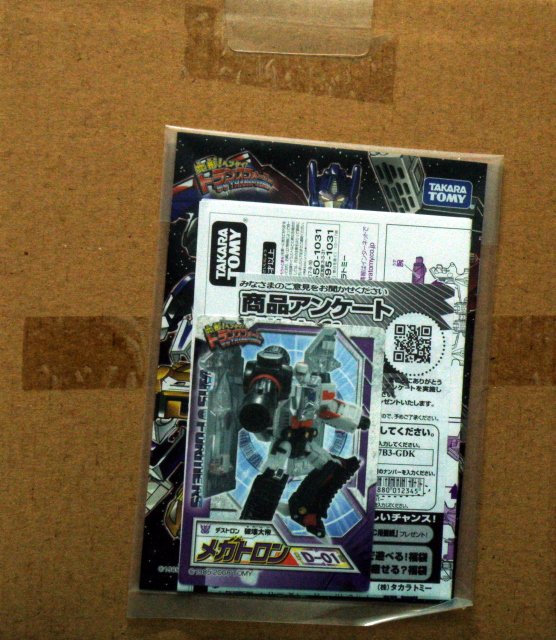 The inner package that stores Megatron at the back is a plain card board. Instructions, comic and a data card is placed into a plastic warp stick to the back. 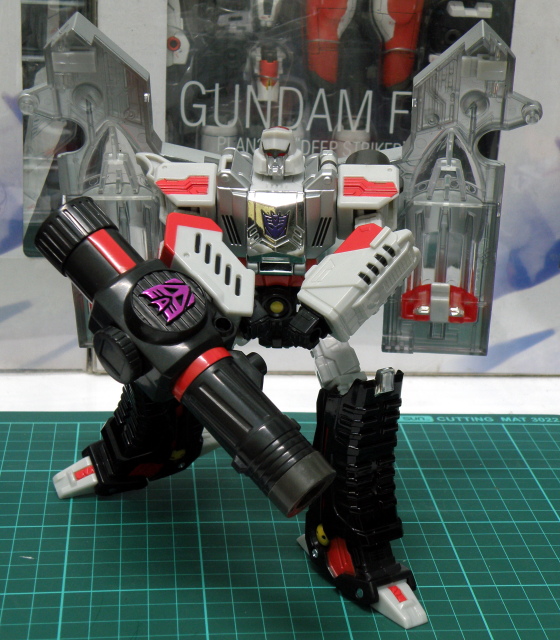 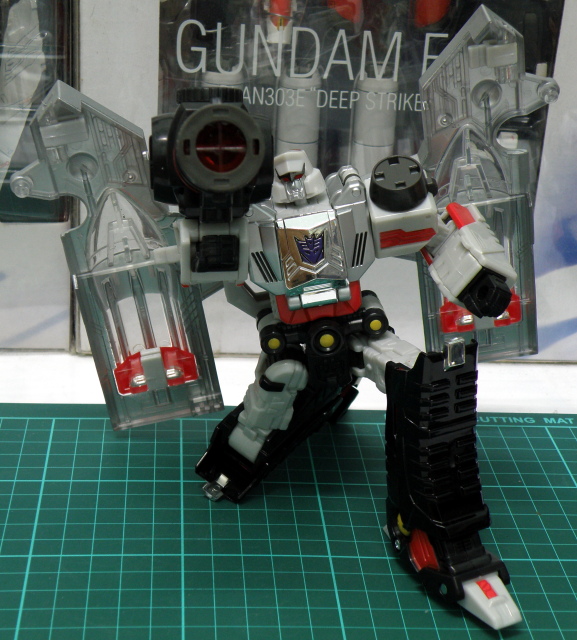 Henkei Megatron robot mode give an appearence of those Arch type victorian age villian which dressed in black with long overcoats. It is due to the part of the Gun is transfomed unwittingly to Megatron´s back effectively making it a cloak. 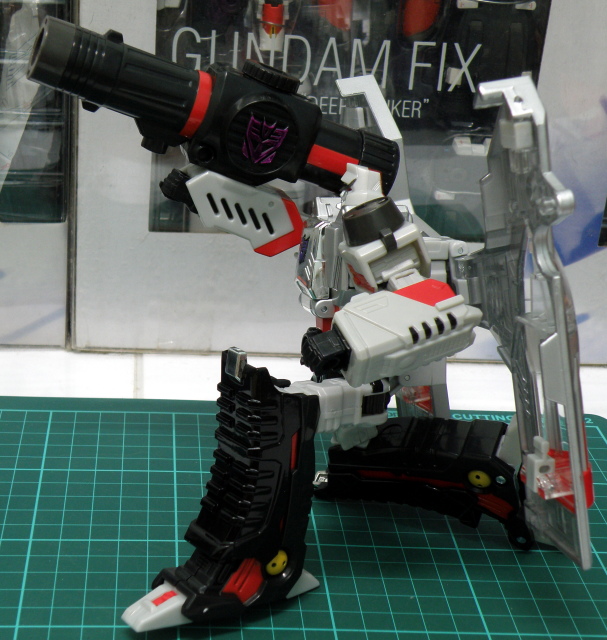 The fist of the robot does not twist. It is fixed at a position. Too bad the scope is unremovable and it is an integral part of Megatron. 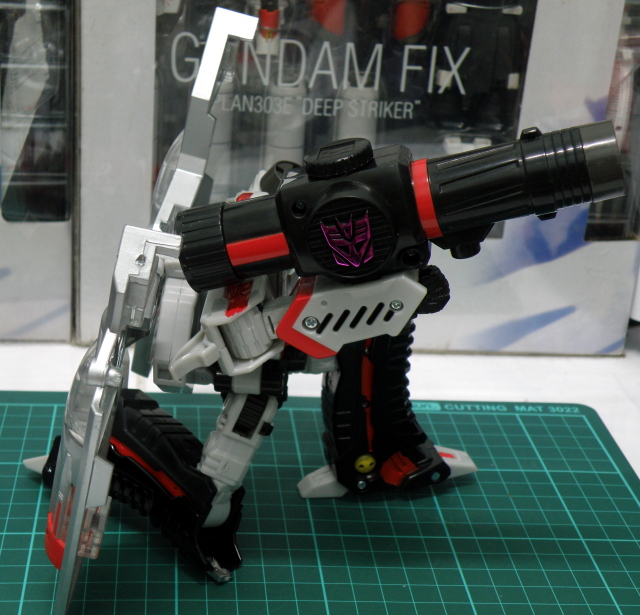 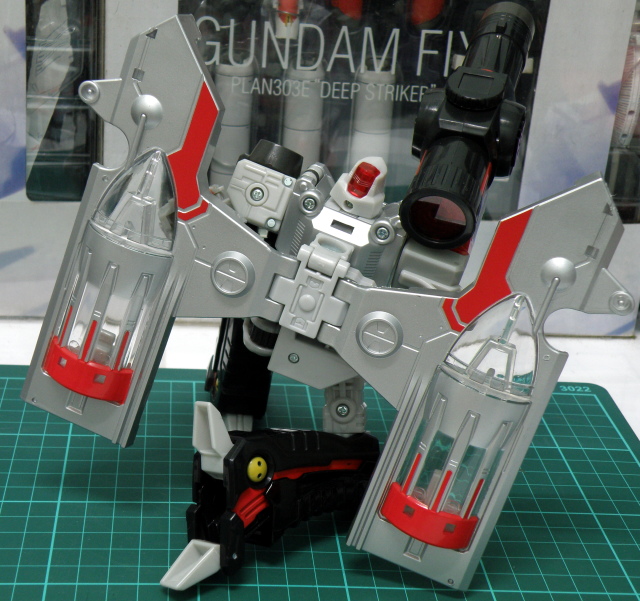 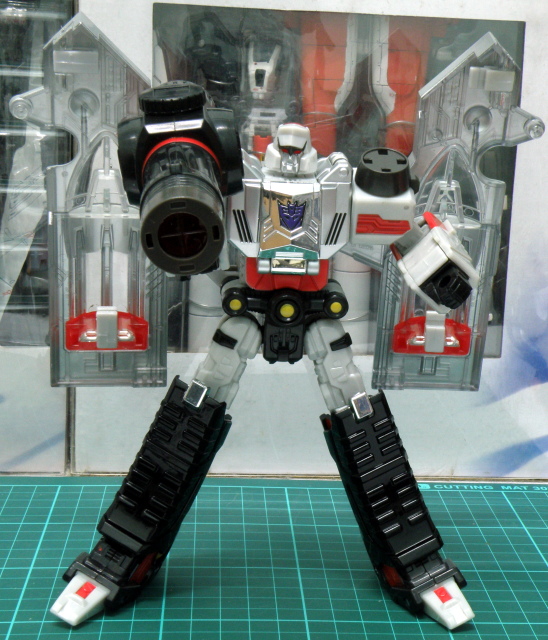 One good point of this Henkei Megatron is it comes with tight joints at the legs. Unfortunately, it would be hard to make it fix at an angle desired. 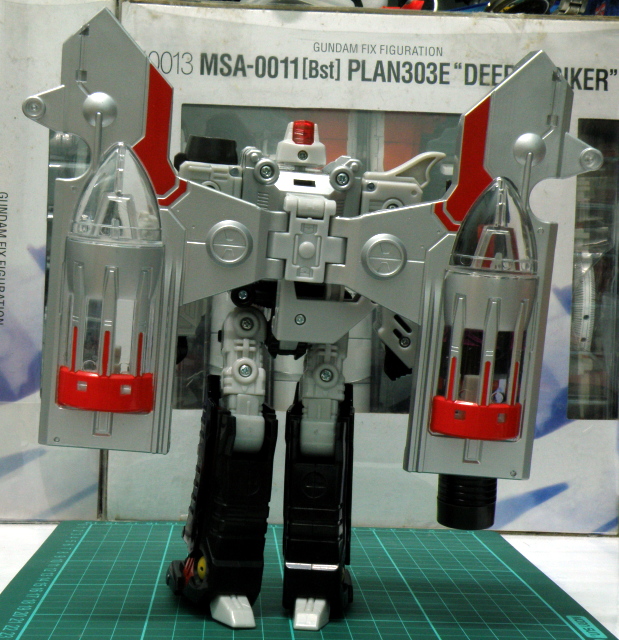 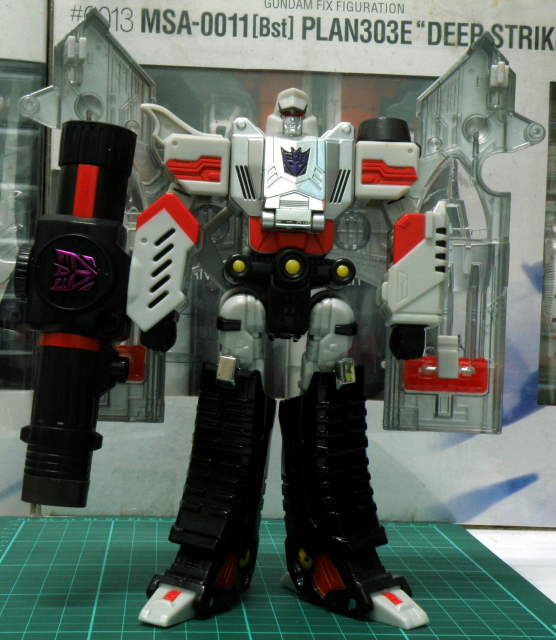 Like its other Henkei brethens, the head details is commendable and the robot eye give a glow effect. For Henkei Megatron however, the redness is not good enough. 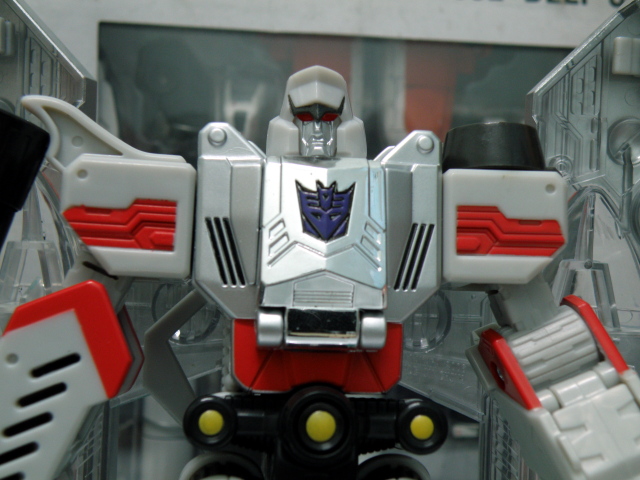 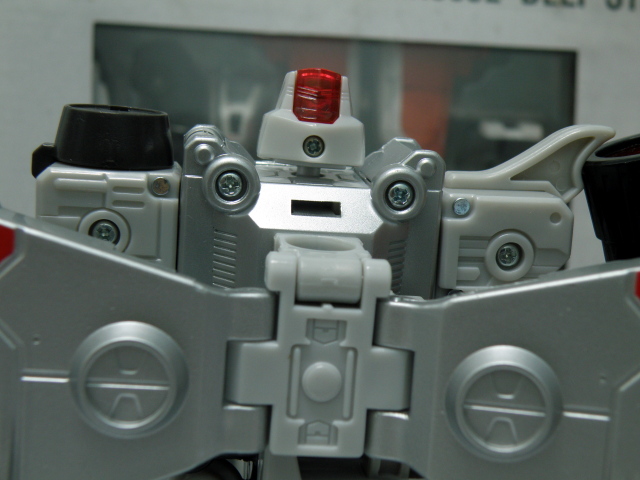 Unlike its G1 toy, the Megatron does not suffer the trigger as a boner syndrome.

After it is tranform into gun mode, it can be hold as a pistol. 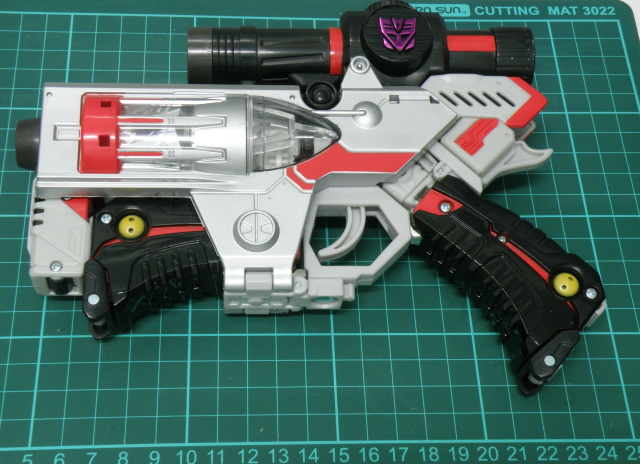 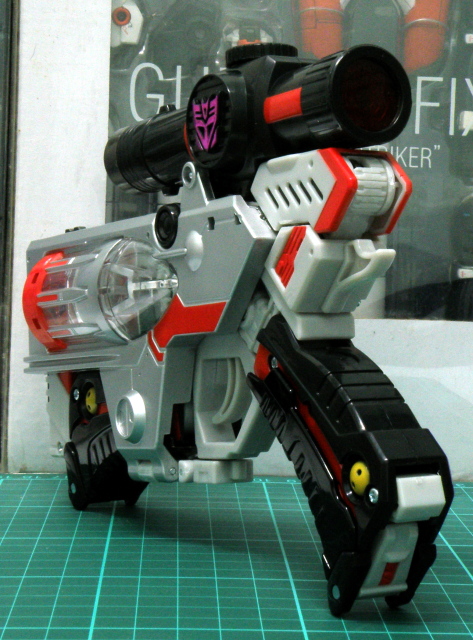 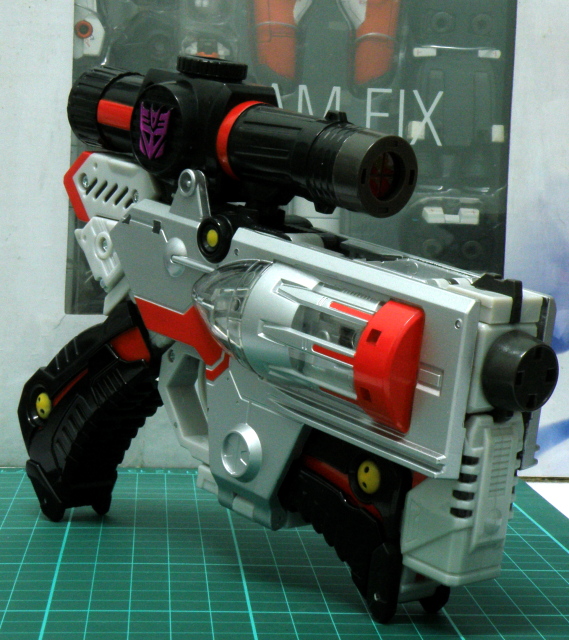 Megatron come with a semi usable scope to boot. 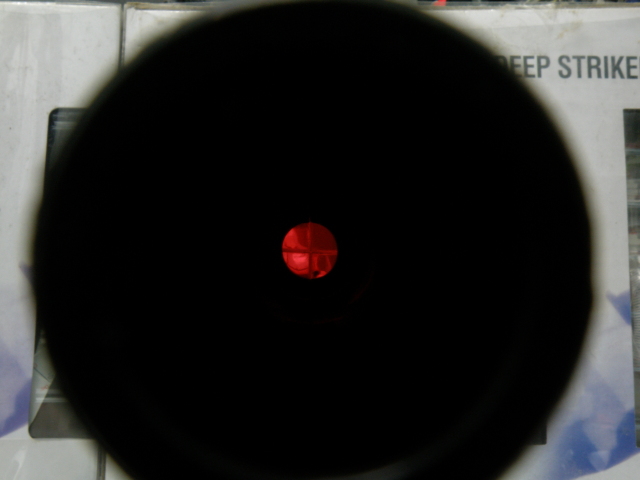 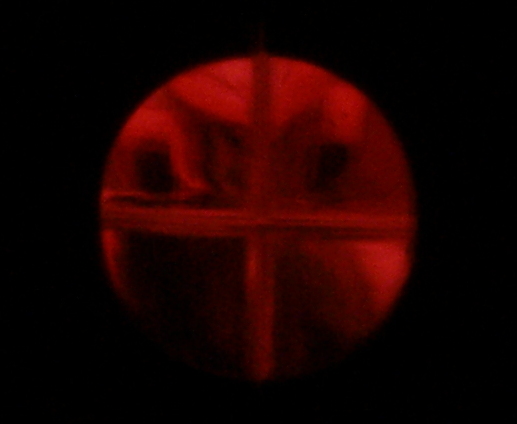 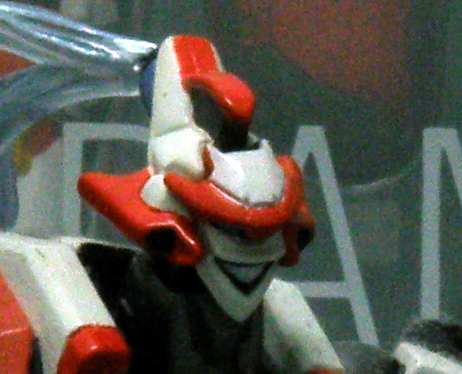 Overall, Henkei Megatron is a decent Henkei line toy. Reason I got him were due to discount/sales and it is Megatron.

Only get this if you want to simulate battle and fight between Convoy and Megatron. 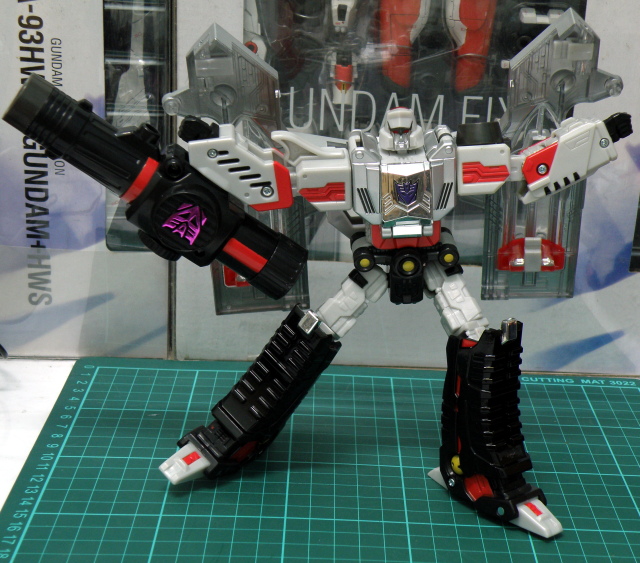