Cyclonus just looks slick, lean and mean in robot mode. It follows as close as the G1 Transformers. 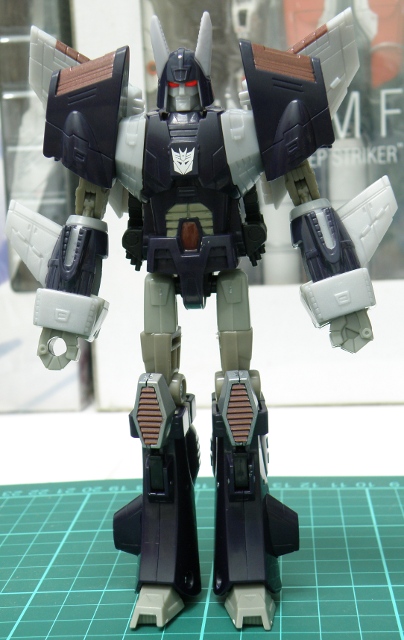 The proportion of Cyclonus robot mode is very nicely done. 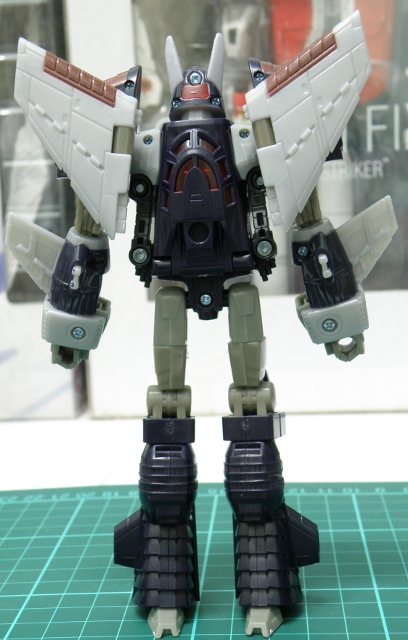 Panel lines and detailing is done on the legs, arms, torso as well as the wing.

The head detailing is superb, the red eyes looks intimidating, fully capture the essence of Galvatron’s vassal. It has a insidious grin sculpt to its head. 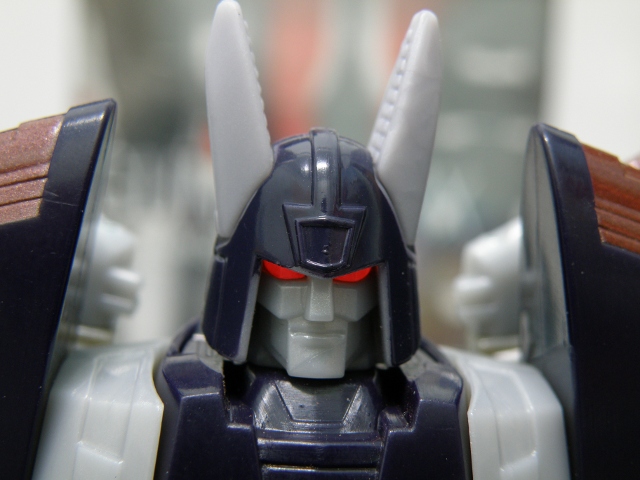 The red eyes glowing effect is due to the toys designer uses a piece of translucent red plastics as it’s eyes. 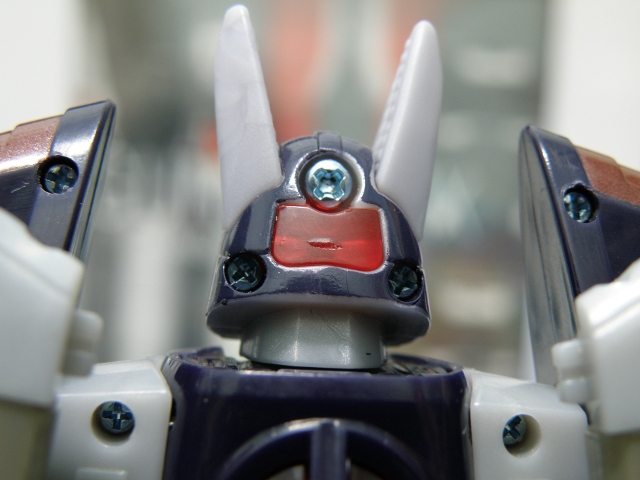 Back of Cyclonus head.

From the back of the robot head, it is revealed that the glowing eyes feature is due to exposed back. Nevertheless, the evil red menacing eyes of Cyclonus is appealing. 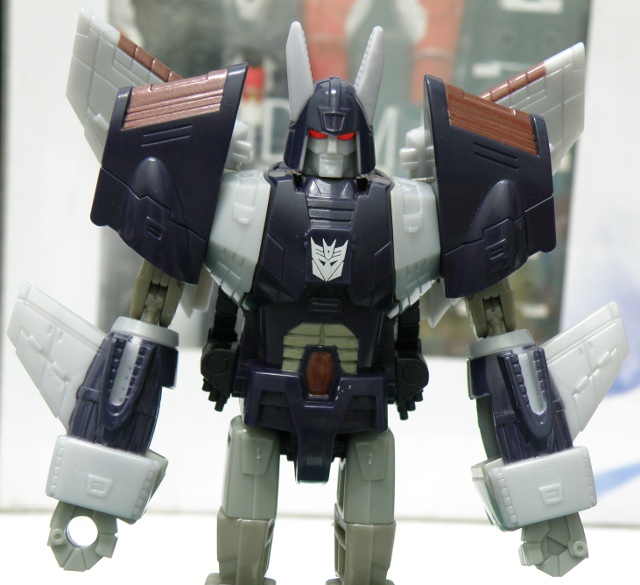 To be continued to reviewing Cyclonus gimmicks.