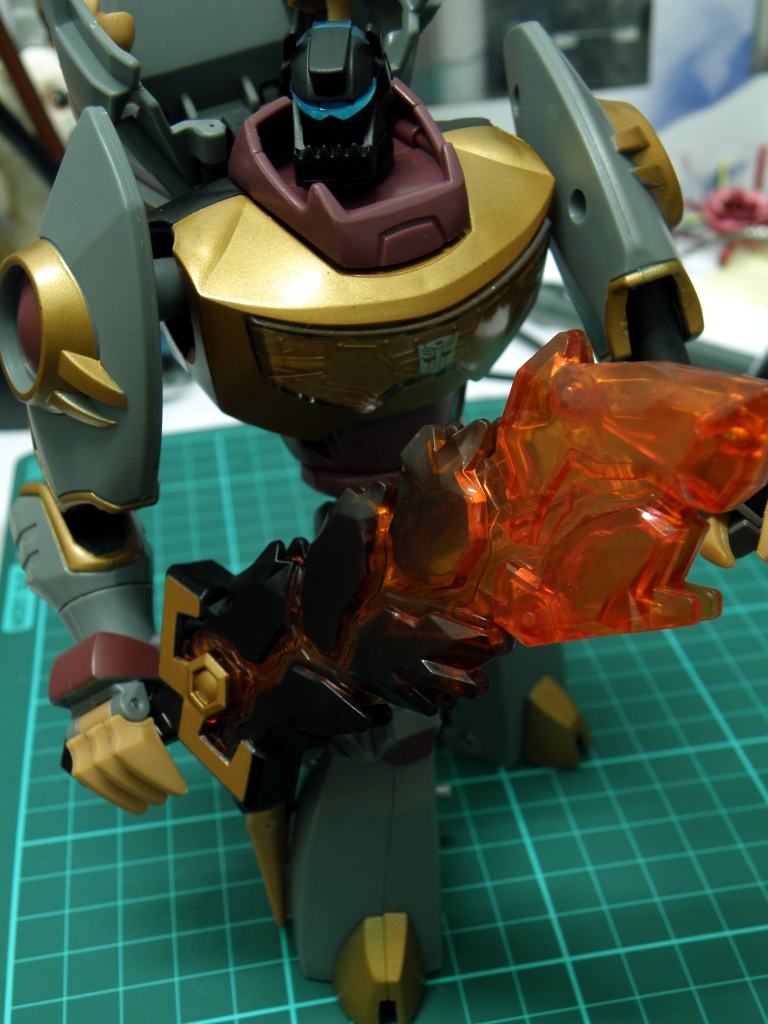 In the package, Grimlock stays in its alternate dino or T-Rex form. 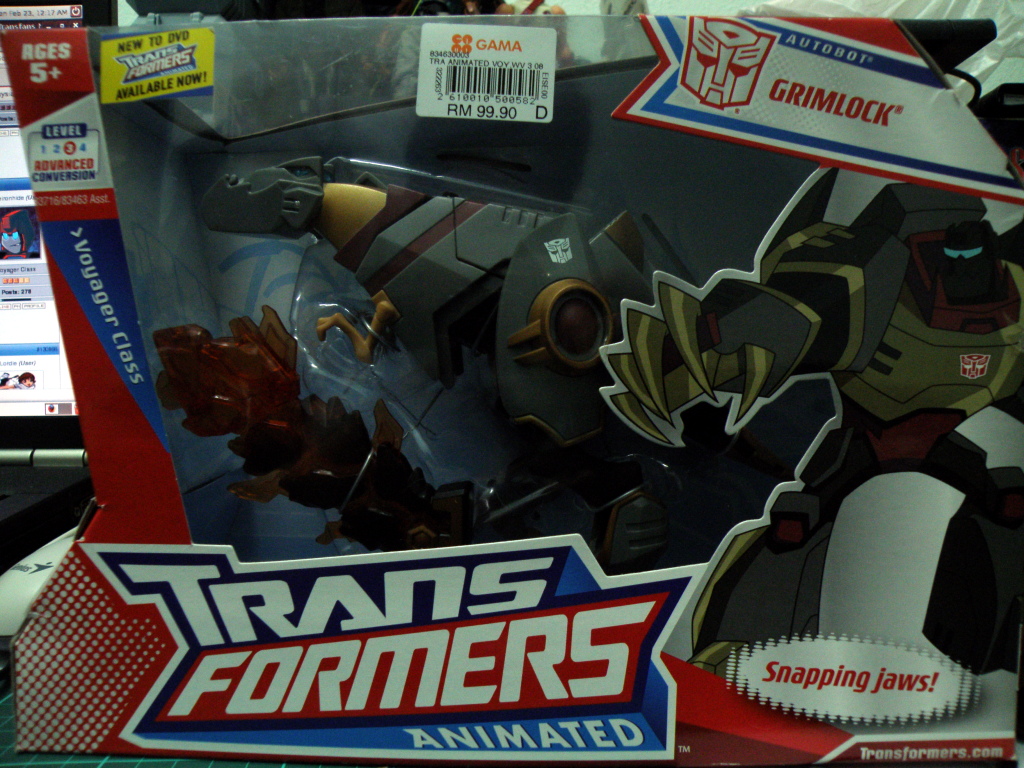 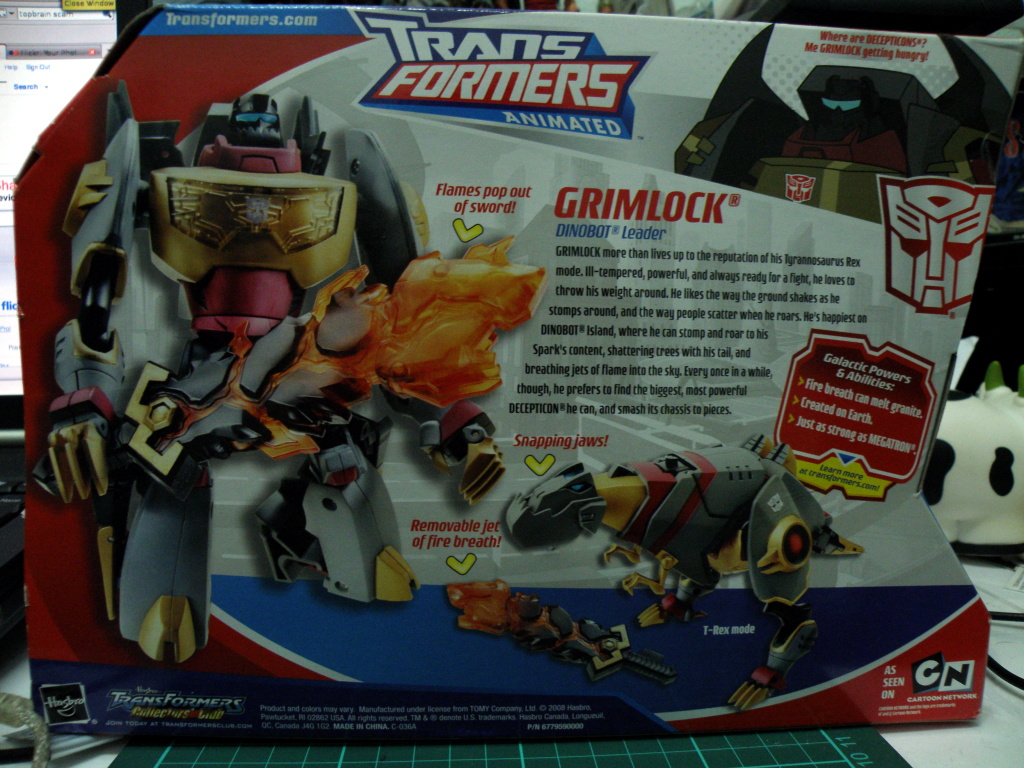 Too bad, the dinobot leader lacks of accessories and gimmick in my opinion. After opening the package, just like other Hasbro toys Grimlock is securely tied with cables. In which it is an integrated fun before you can actually play with the toy. Grimlock comes with only a sword and a lousy manual. In which the transformation information is lacking of details (as usual), it gives brief tansformation of Grimlock from T-Rex to robot mode but no instruction to revert back to T-Rex. 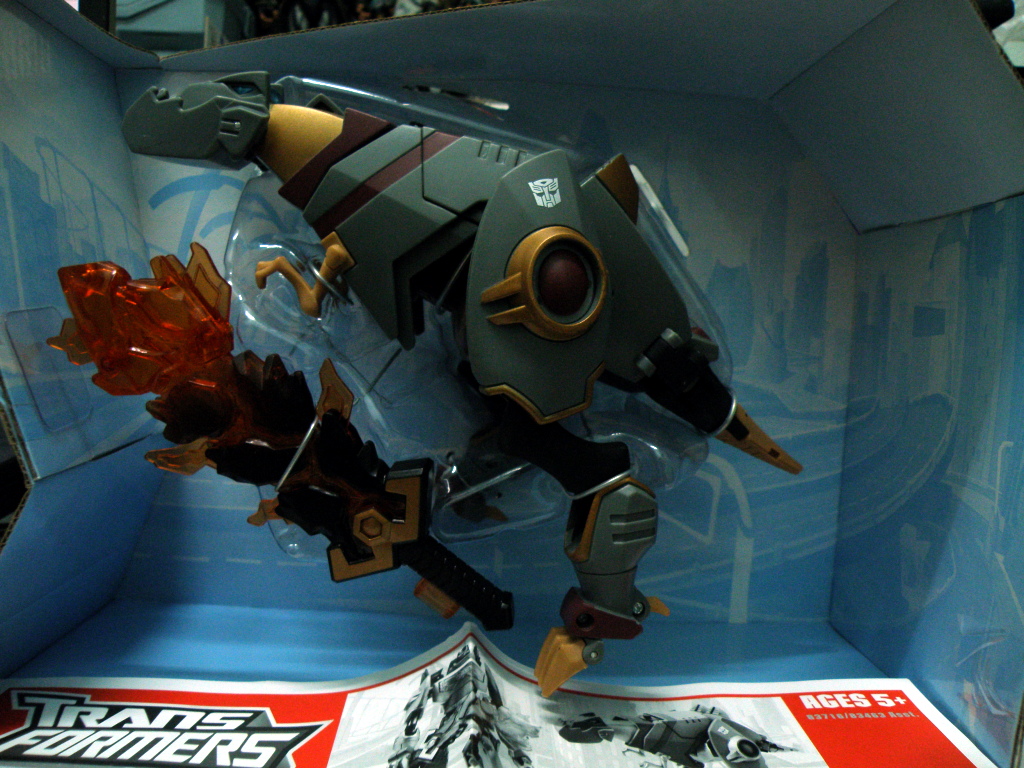 Grimlock comes with an oversized sword and a transformation manual

Since this Grimlock is a rendition of the Cartoon Network Transformers. A deformed dinosaur, luckily they did not cokor it purple then makes it soft and cuddly. The main feature of the T-Rex mode, is Grimlock bites. 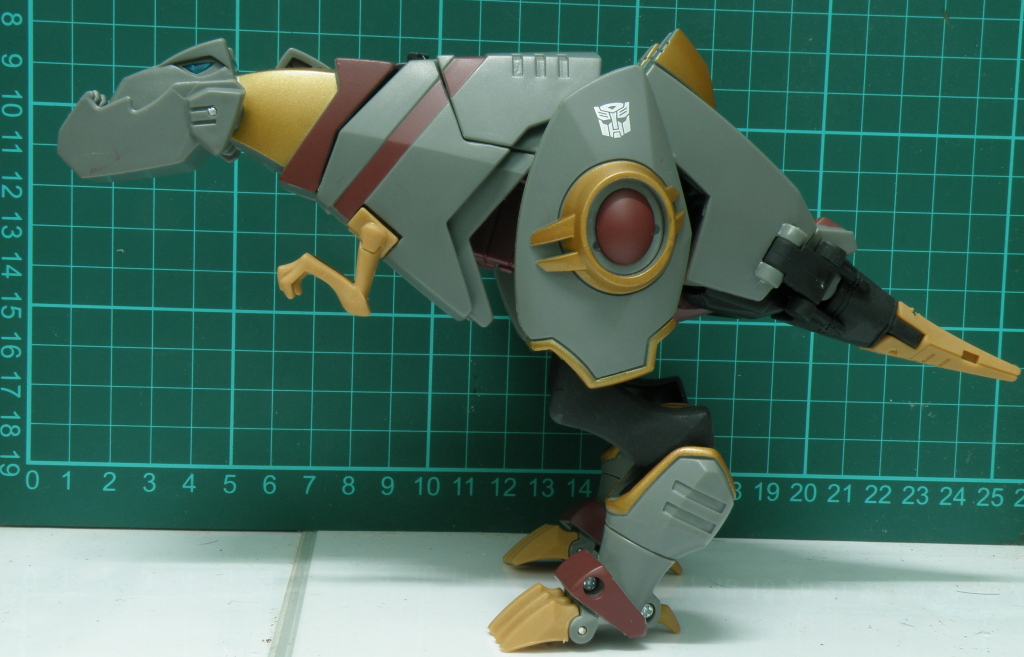 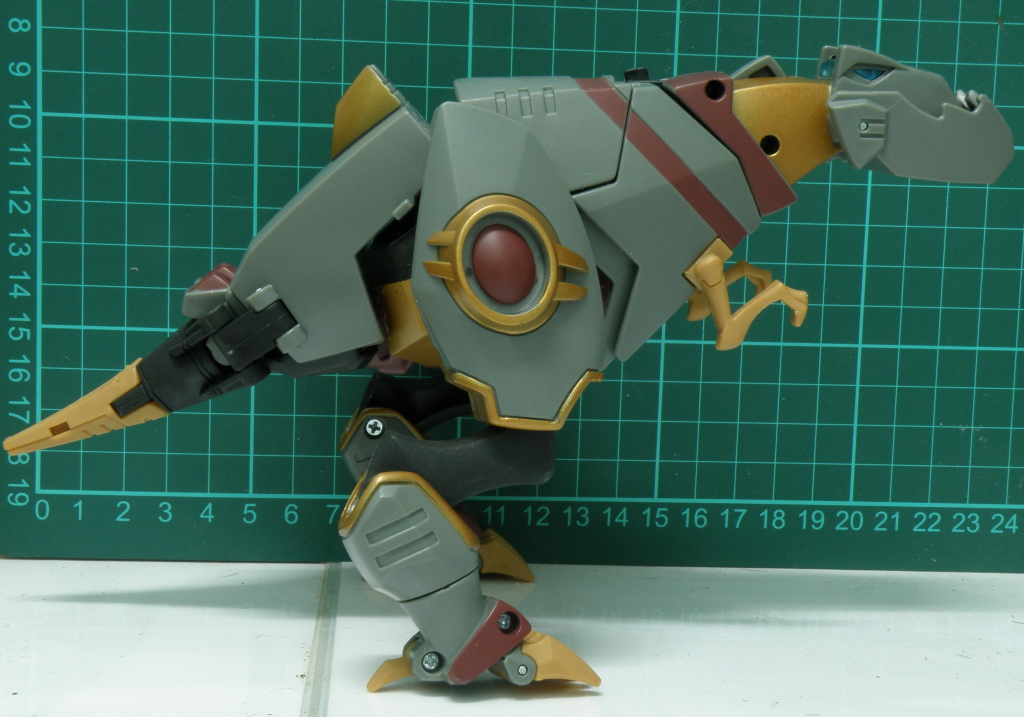 Dino mode right side nothing much to see, no insignia 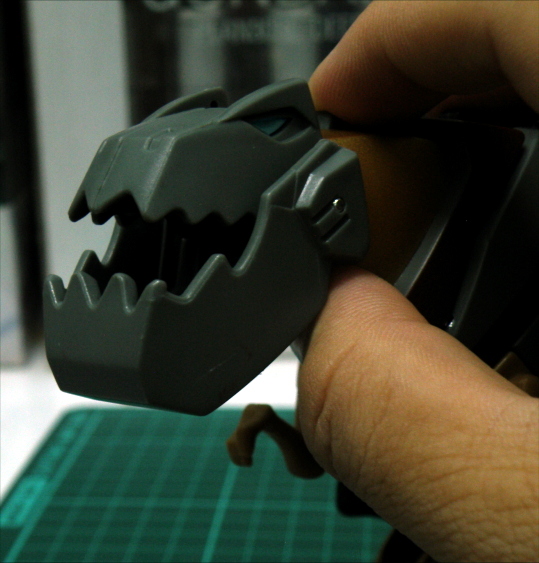 Dino mouth open with my help

The gripes in dino mode is, the T-Rex small arms is not articulated. And secondly Grimlock robot does not like peekaboo, you can see its head exposed below the neck of the dino mode.

Grimlock does not likes peekaboo 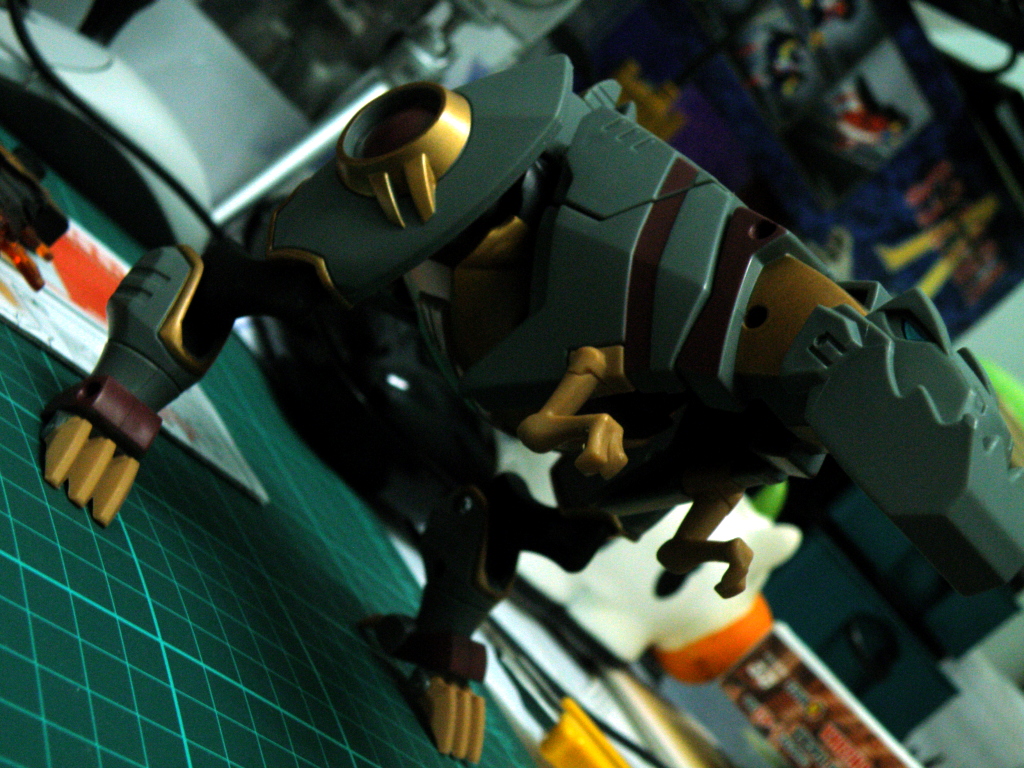 Transforming Grimlock is more challeging on first try. It us due to the transformation of T-Rex legs into Grimlock robot arm has some issue. By default the T-Rex knee just unable to slide in into the dino tights which is the upper arms for Grimlock. 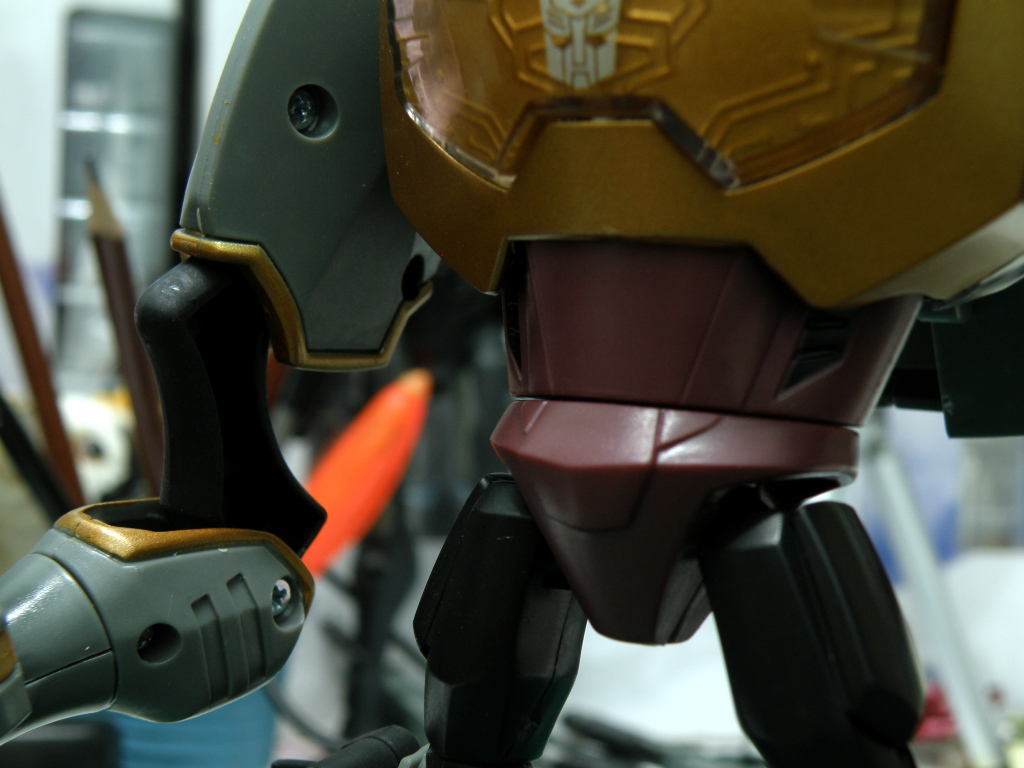 The black Dino knee is sticking out like a sore thumb

You will need to have to remove the screw from the robot upper arm with proper tools. Before forcing the knee gently into the thigh, thus forming the arm.

Hasbro has did it by making Grimlock very close to its cartoon rendition. 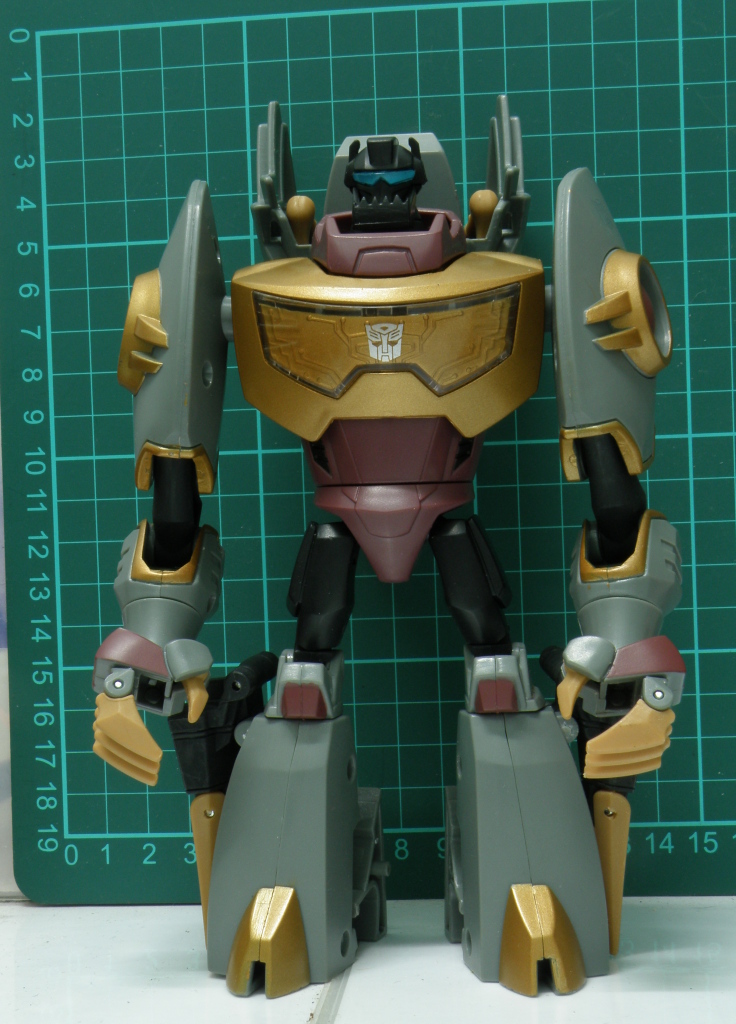 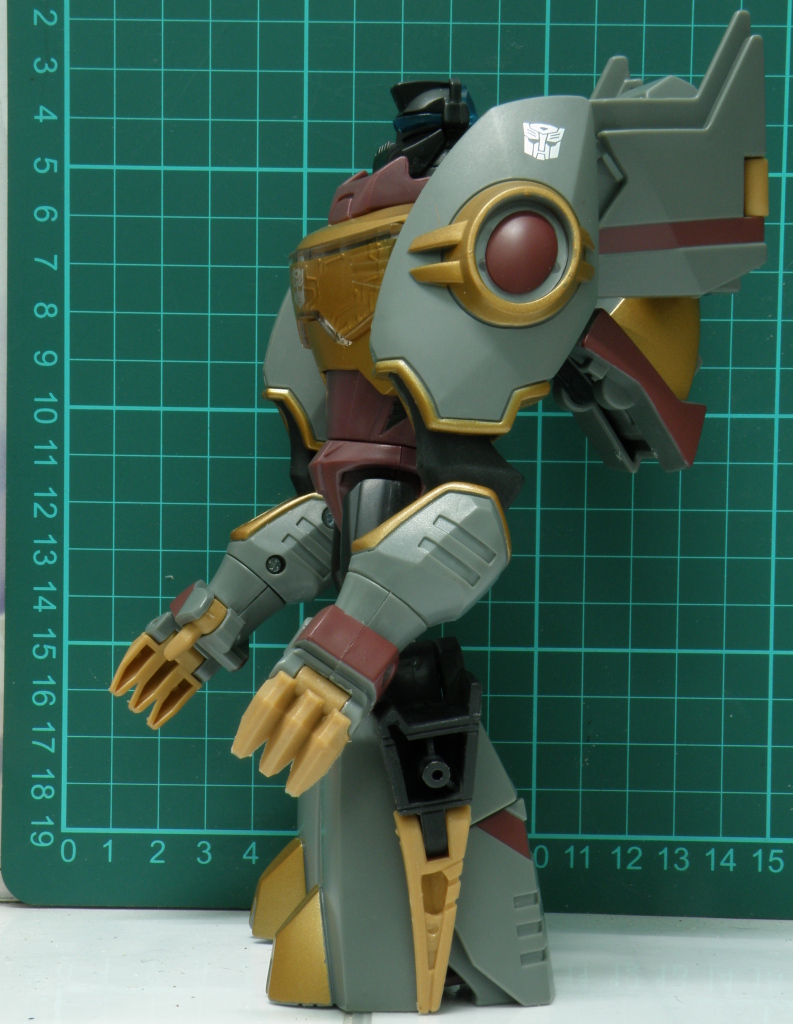 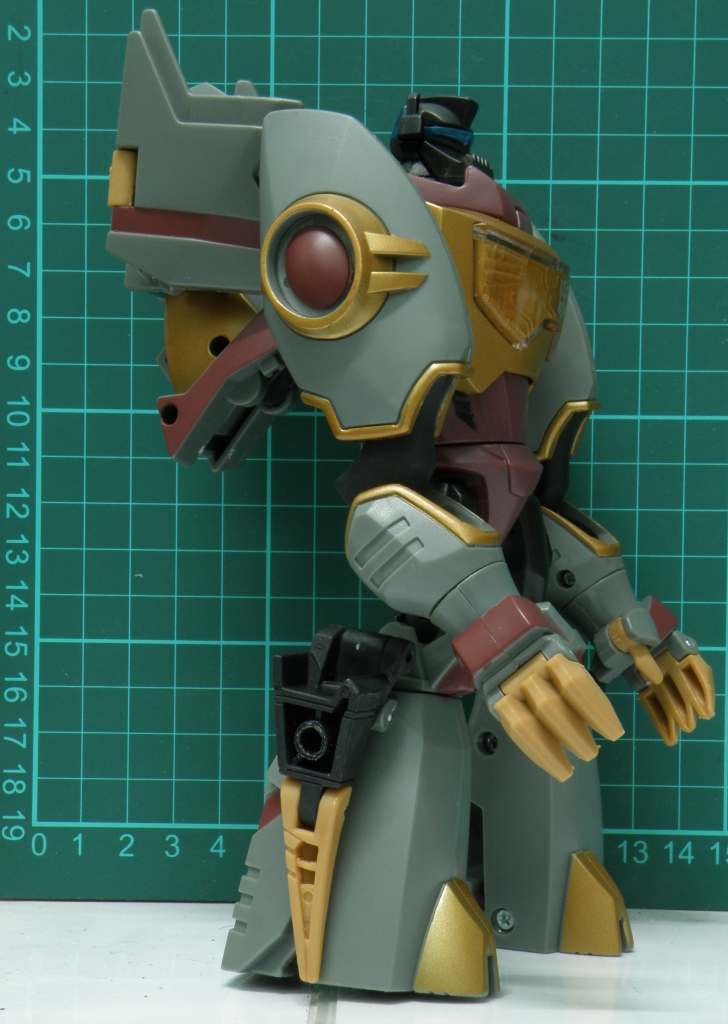 unforutnately, Grimlock has limited articulation in it arms due to the large upper arms and broad chest. Legs has limited swivel to the front and back. Its head can turn left to right but unable to look up and down. It is able to twist its waist but not able to move itś chest. 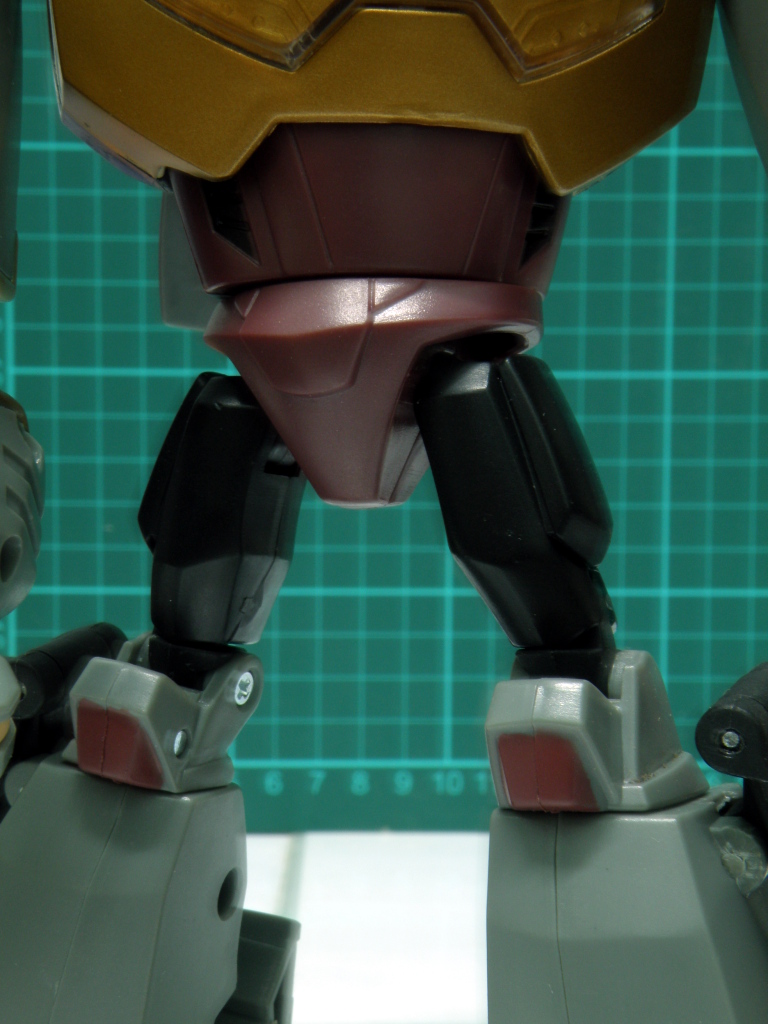 Main Body showing its point of articulation which is limited

Detailing for the Grimlock is quite impressive except its lower legs. 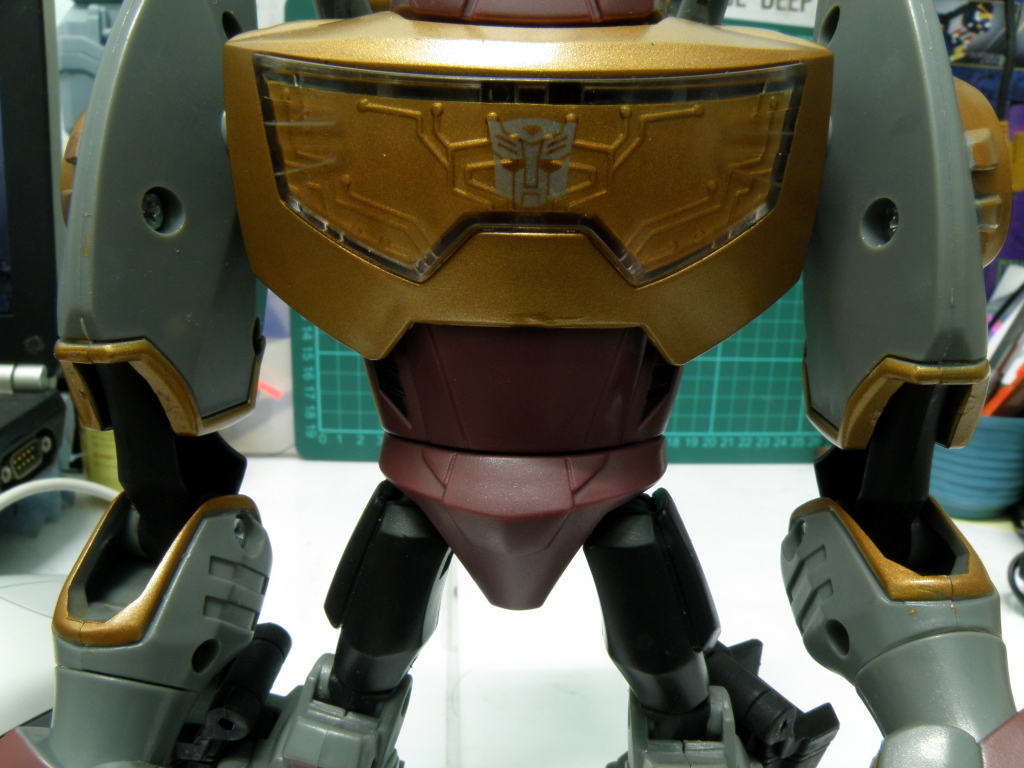 Quite impressive detailing at the chest 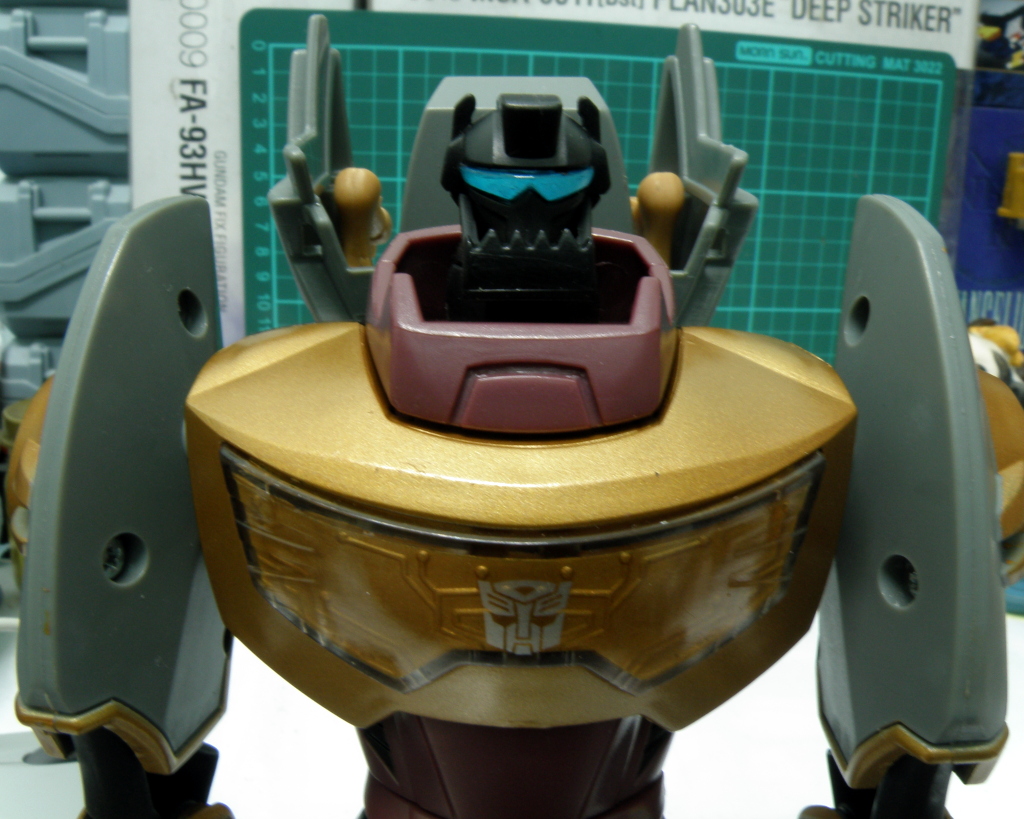 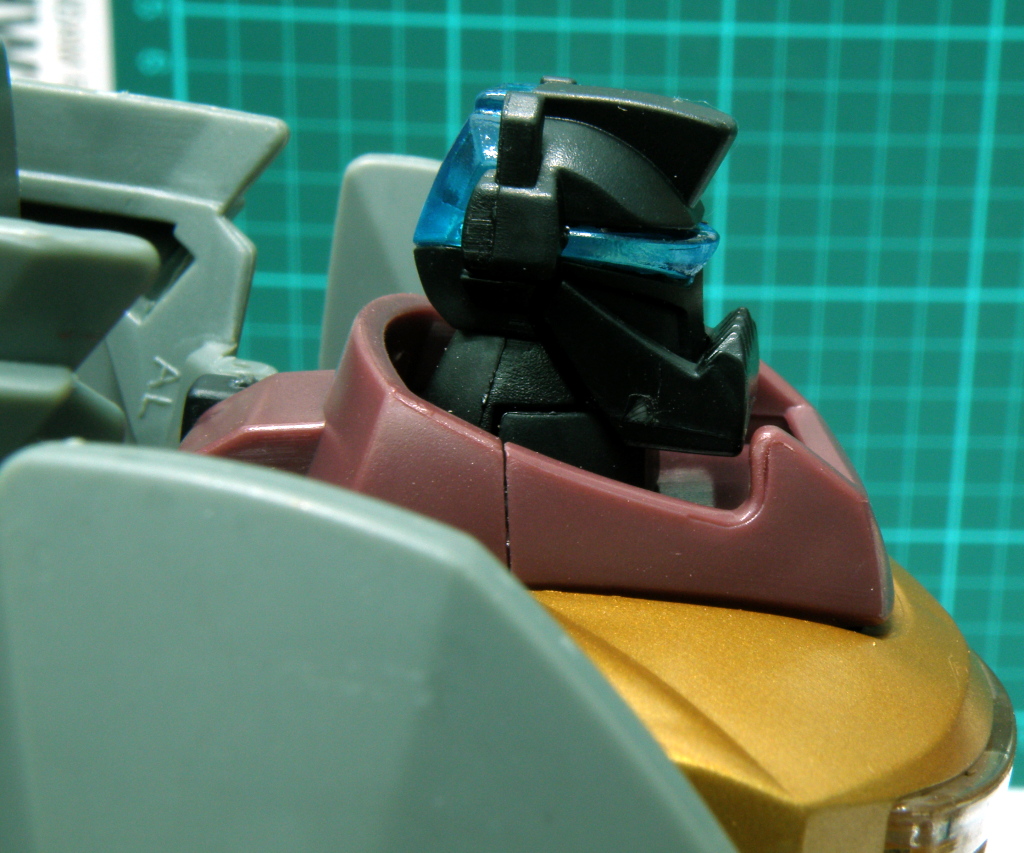 Grimlockś head sculpt from the side 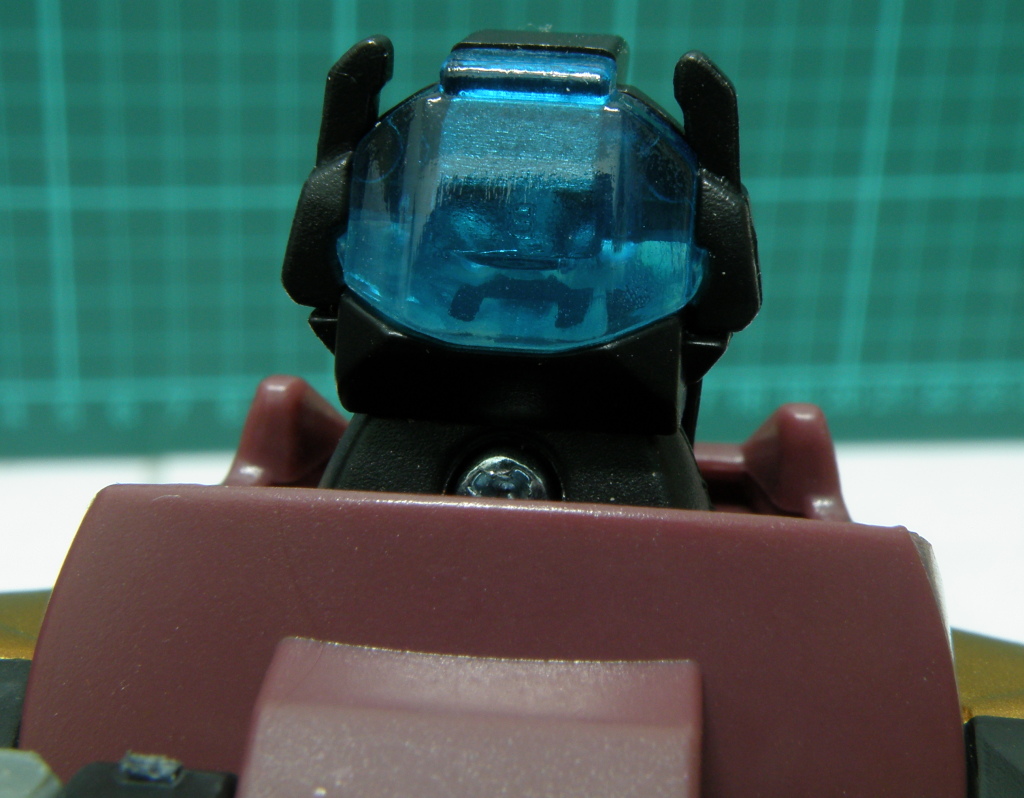 Last but not least Grimlockś molten lava like big sword. It has a trigger at its sword handle that will triggers the Flame pop out. It is activated once the sword is attached to the right hand and have the right wrist rotated. 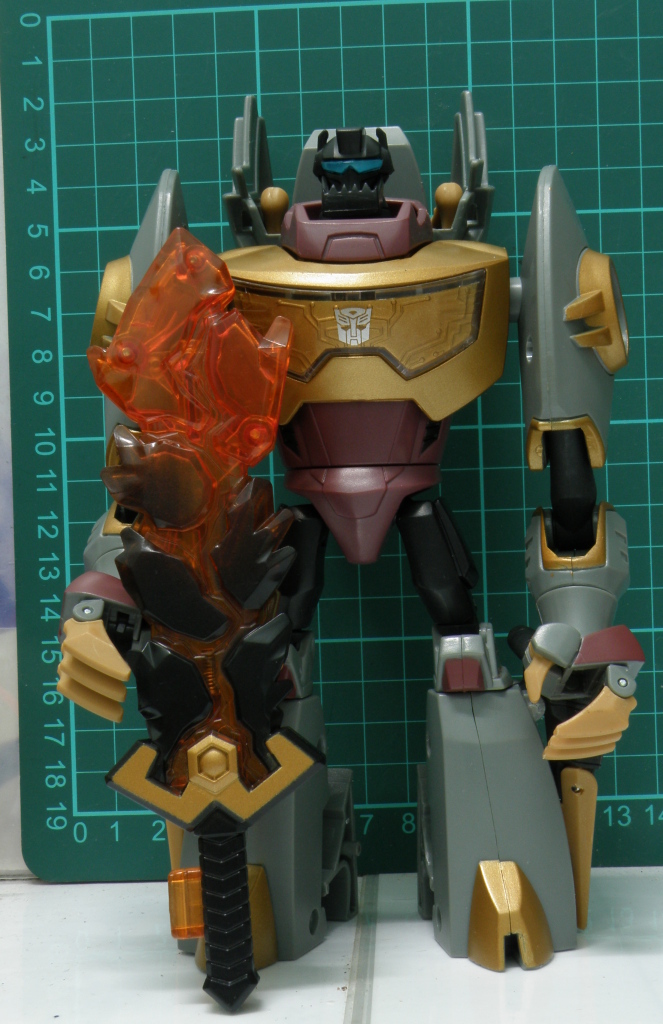 In my opinion this is a solid toy that follow the cartoon network Transformers rendition of Grimlock which may looks like a monkey or ape due to its longer arms. However it is designed to be playable. Just a major fear is fading of Autobot insignia after long play. Just too bad that Hasbro did not make it perfect by covering the robot head in dino mode and provide articulation to T-Rex small arms else this toy will be perfect. 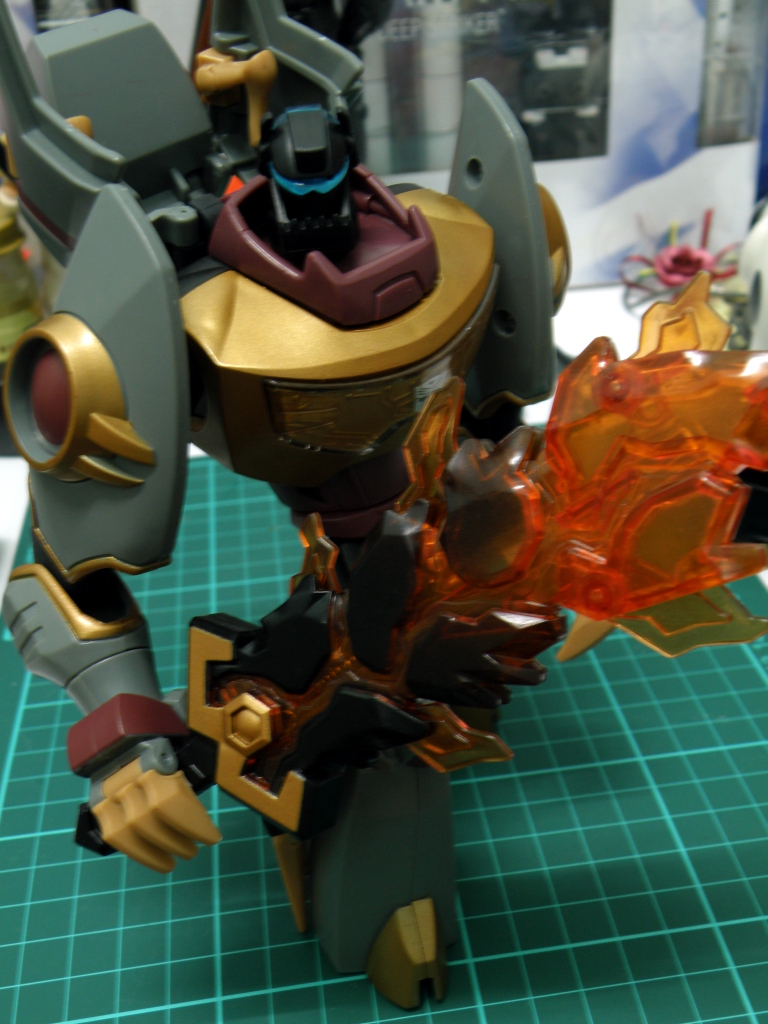