Right out the package, Grimlock is in Dino mode, the mode resembles a raptor dinosaur than a T-Rex. The dino mode resembles more like a mechanize rather than a real dinosaur. 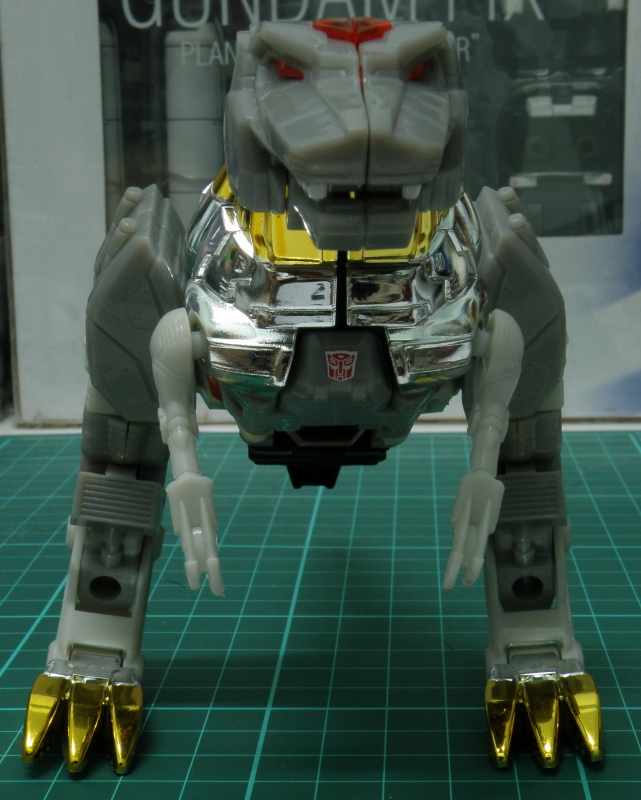 Unlike its cousin toyline from Hasbro; Transformers Classic, the Grimlock has metallic painted parts. The metallic parts is abit of contraversial, it may add a cool factor but the metallic part may fade after a long time or it may peel off after rough play. 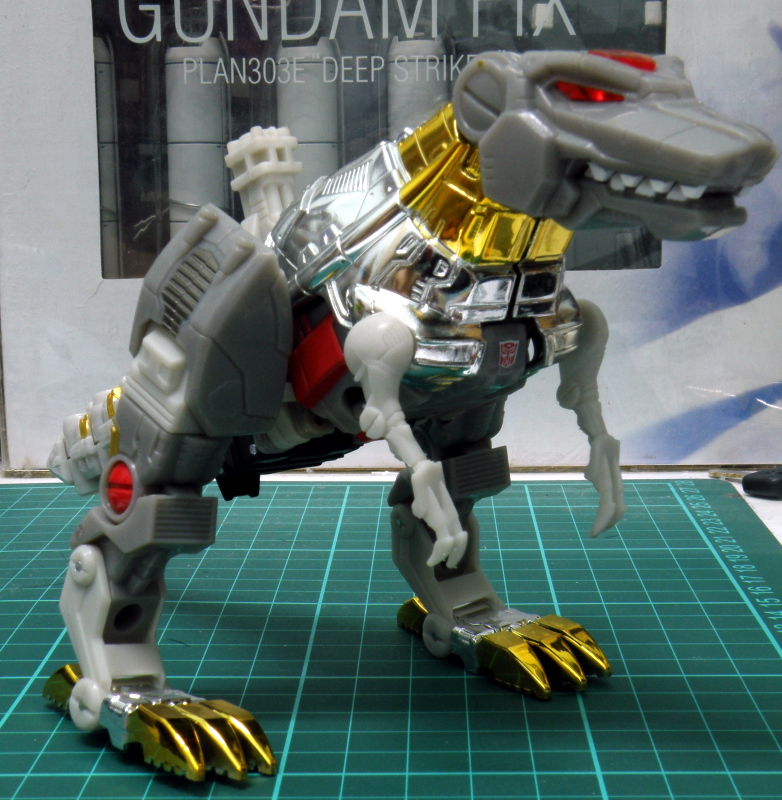 In the dino mode, the left side exposes the chest of the robot mode, but it is still acceptable. On the upper part of the dino, mode it has a small tower like extrusion to place a cannon. Unfortunately, in dino mode, there is too many seams and gap shown. On top of that, the leg is stubby an short. With a long tail, it looks less proportional. 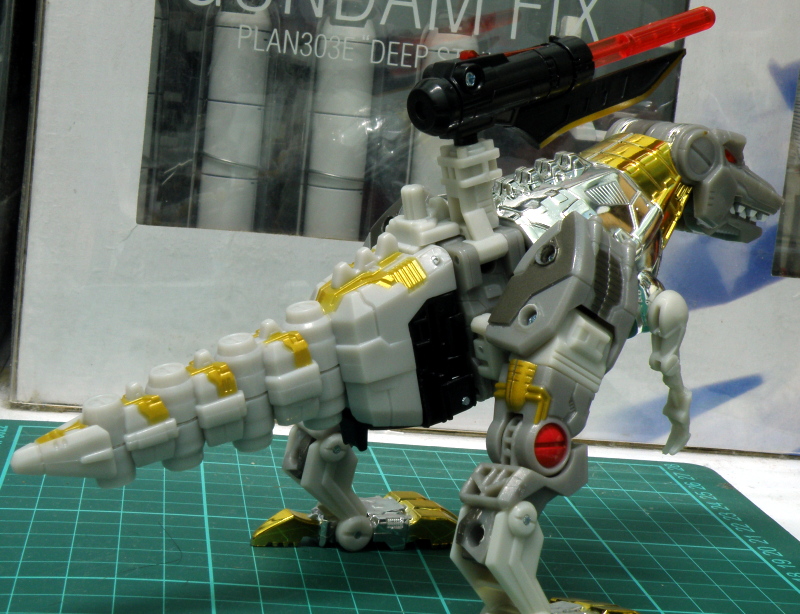 The articulated part of the dino is its, head which is limited to moving up and down, it is able to open and close itś jaw. Legs are stubby but they are articulated at the hips and foot. Knees are not articulated. 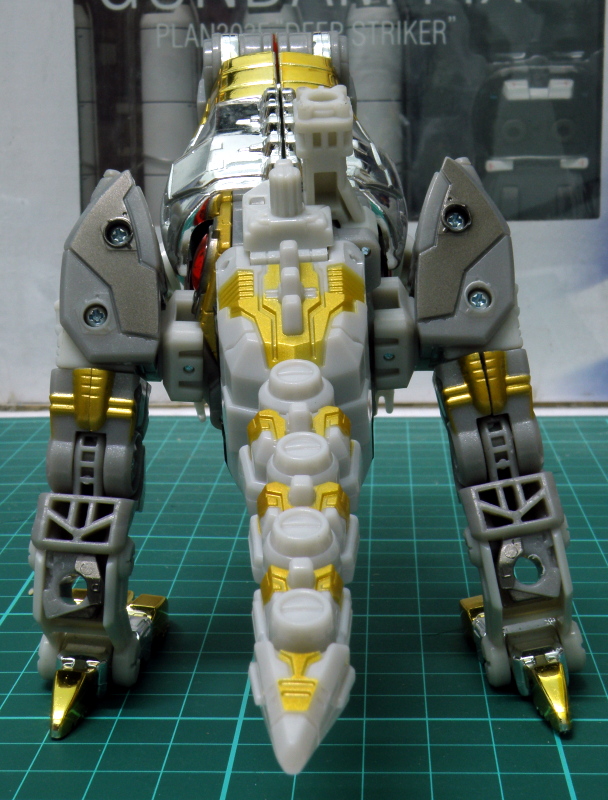 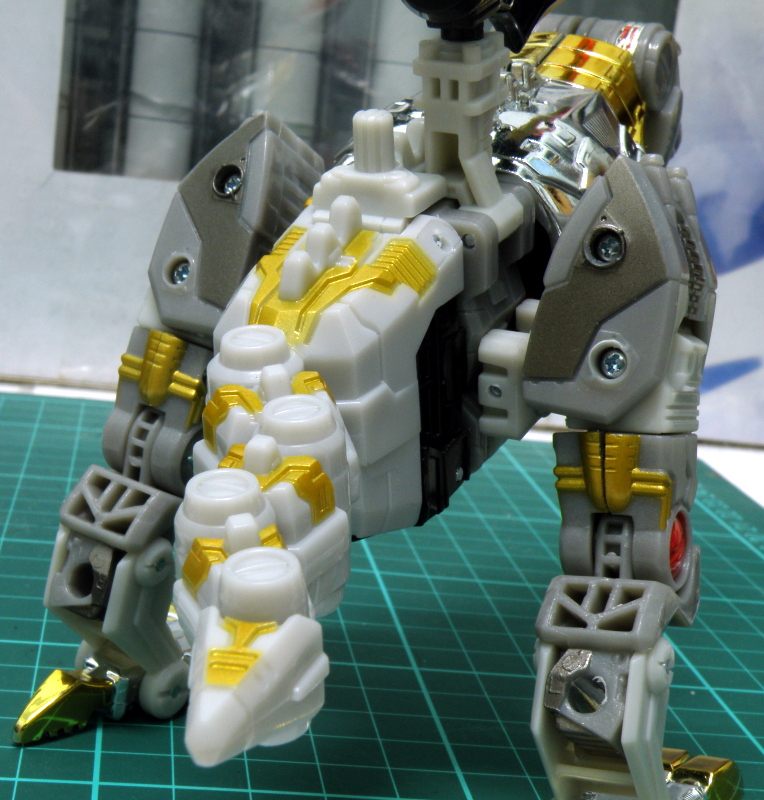 To be continued… Next, Grimlock robot mode.