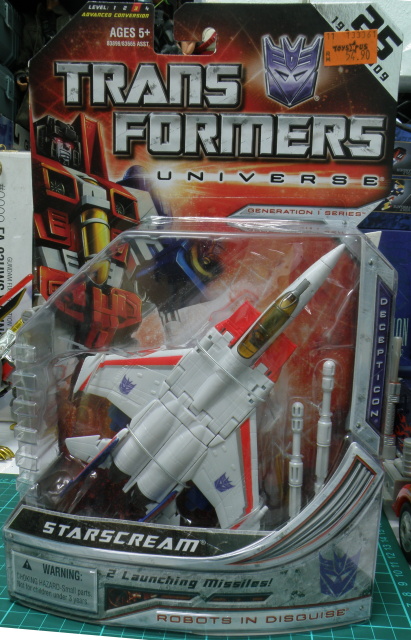 From the package, StarScream comes in its G1 alternate mode, the F-16 Eagle.

Like other toys in the same Transformers toyline of Hasbro, it mode in alternate mode. The package has has description of the character as well as its feature and stats at the back of the package. 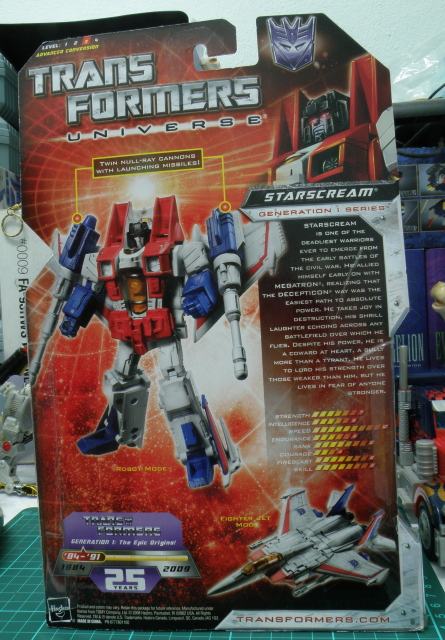 Starscream is securely hold by a few cables, which is part of the foreplay before you are able to transform and play with the actual toy. 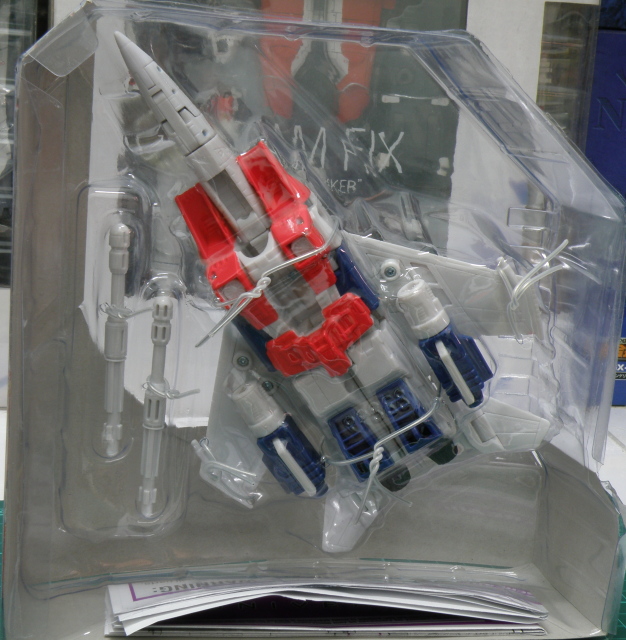 Starscream in its alternate mode the F16 Eagle is abit mixed, not good nor bad. Some view angle it is nice, but some view angle shows of ugly side. 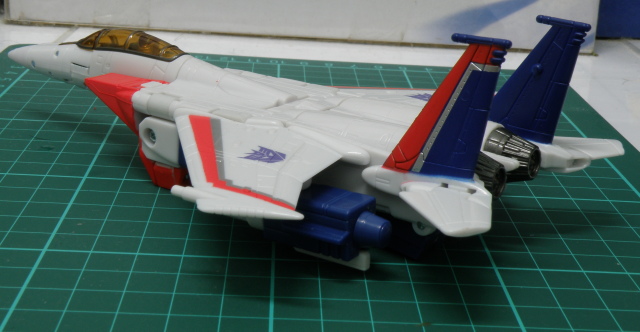 Too bad at a closer look at the toy, especially at the front view, there is a large neck gutter below the cockpit. To make things worst, the robot mode chest piece is viewable. 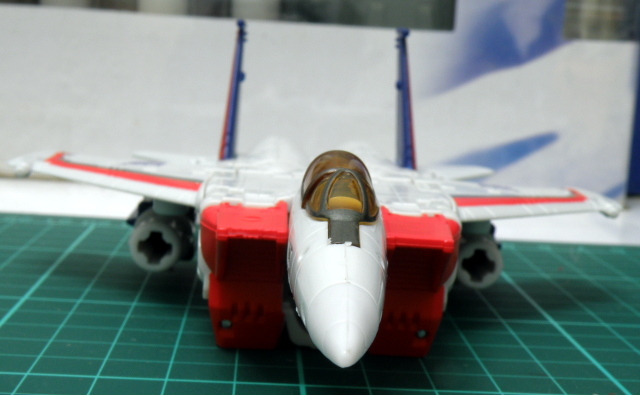 The sculpt of the nosecone has enough panel lines and details. The cockpit bubble glass is molded in clear amber. 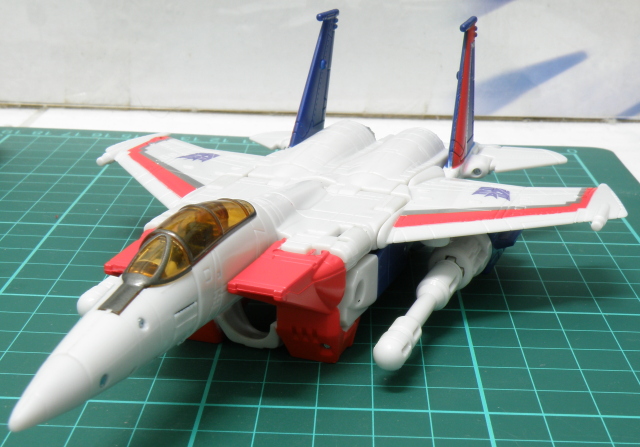 From the top part, there is also alot of panel line. Unfortunately, the color scheme makes it dull and unable to show and brings out the actual G1 Starscream color, thre should have darker color added to the panel lines. It can be rectify by using Gundam markers. 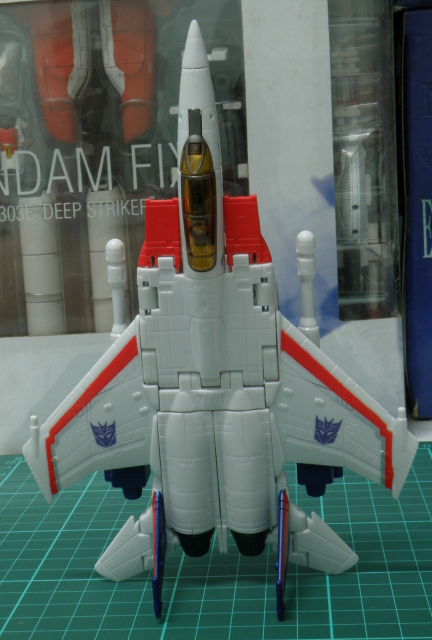 The underside of the alternate mode shows the feature of the robot, just like most of the Transformers Universe or Henkei toyline. 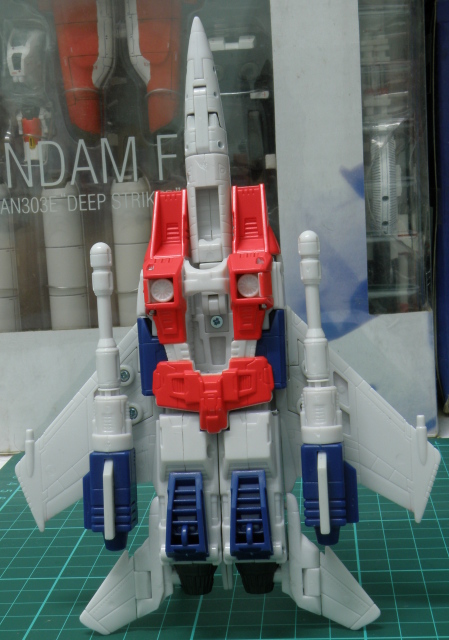 Starscream F16 underbelly view, exposing the robo chest, torso, arms and legs. But is it negligible. 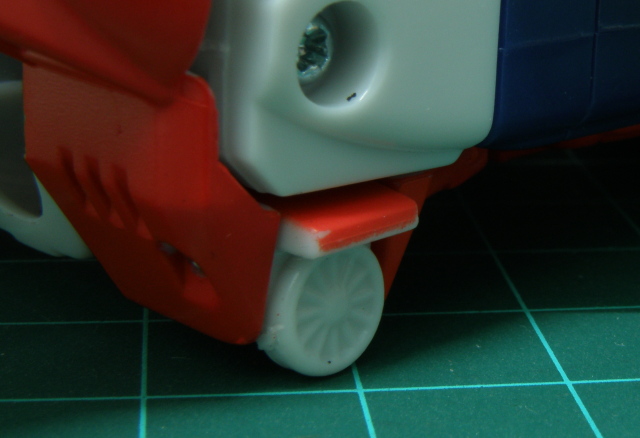 One of the distrubing feature in Starscream is, its bobbies (titties) is actually the F16 landing gear. 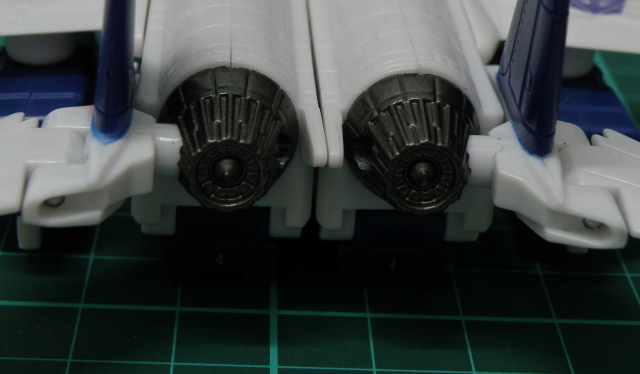 The details of the thruster has lines depicating the actual thruster that you could find on a mechanical part. Unfortunately, the transformation mechanism pokes into the side of the truster. In which making the F16 mode love and hate.