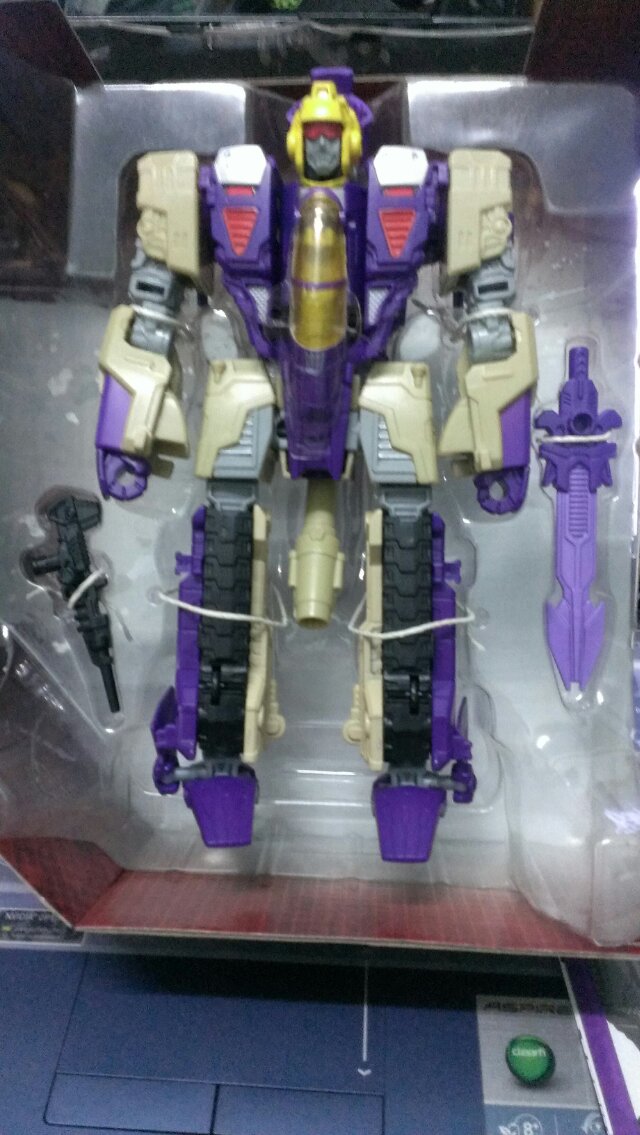 Blitzwing out of box.

Unfortunately, the execution of the Blitzwing figure is flawed. More on this next time.

The figure is created in the transfomers generations line in voyager class. 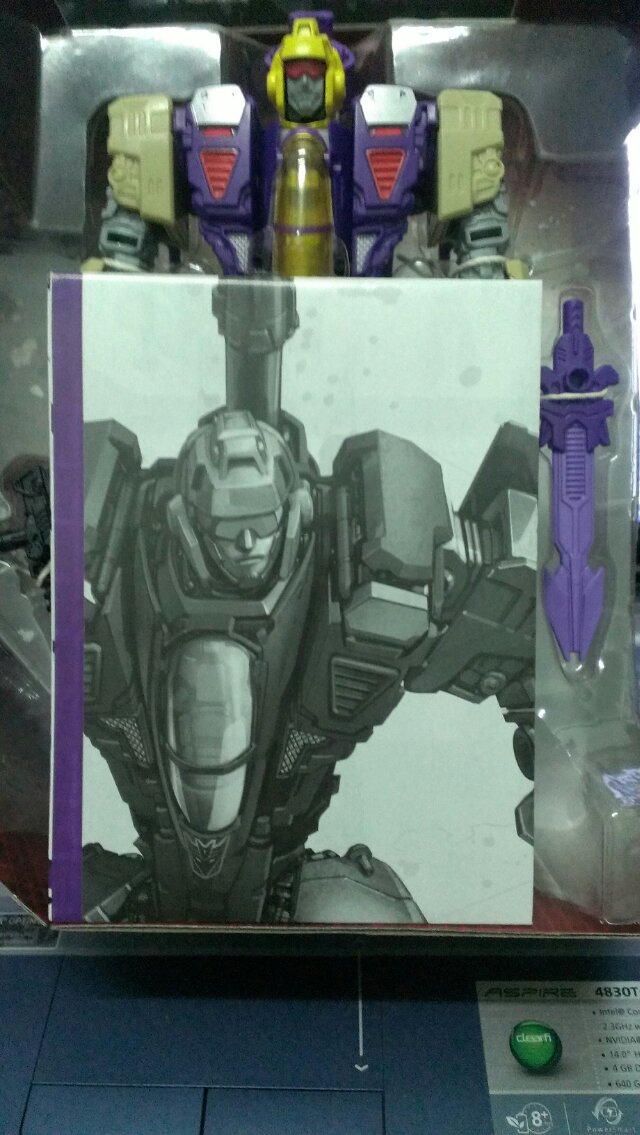 The saving grace of the figure lies in the amount of details and panel lines added into this mold. 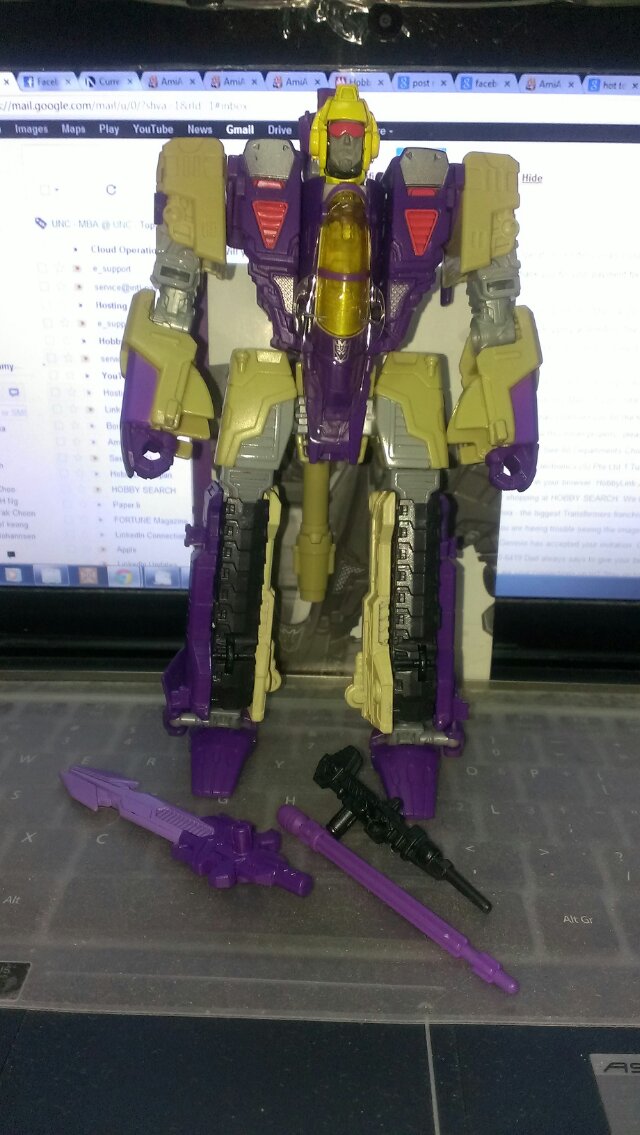 Accessories of Blitzwing are sword, a gun and a projectile/middle. All the accessories are made of hard plastics. 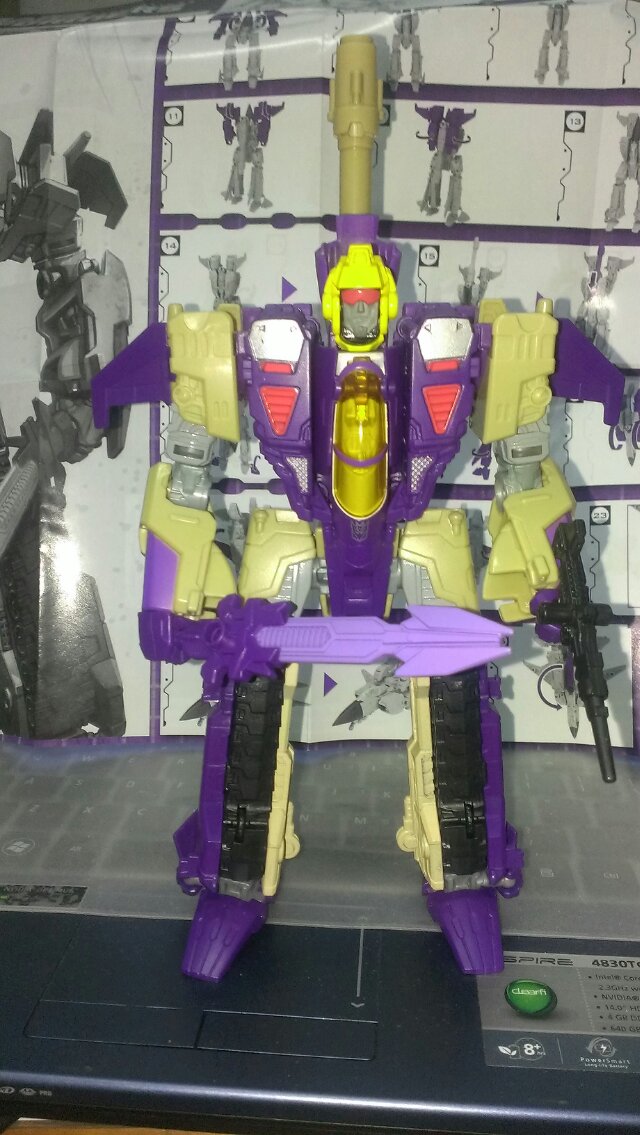 Overall the figure looks good. Playability however is rather limited due to the tabs which is holding the shoulders are not fitting properly. 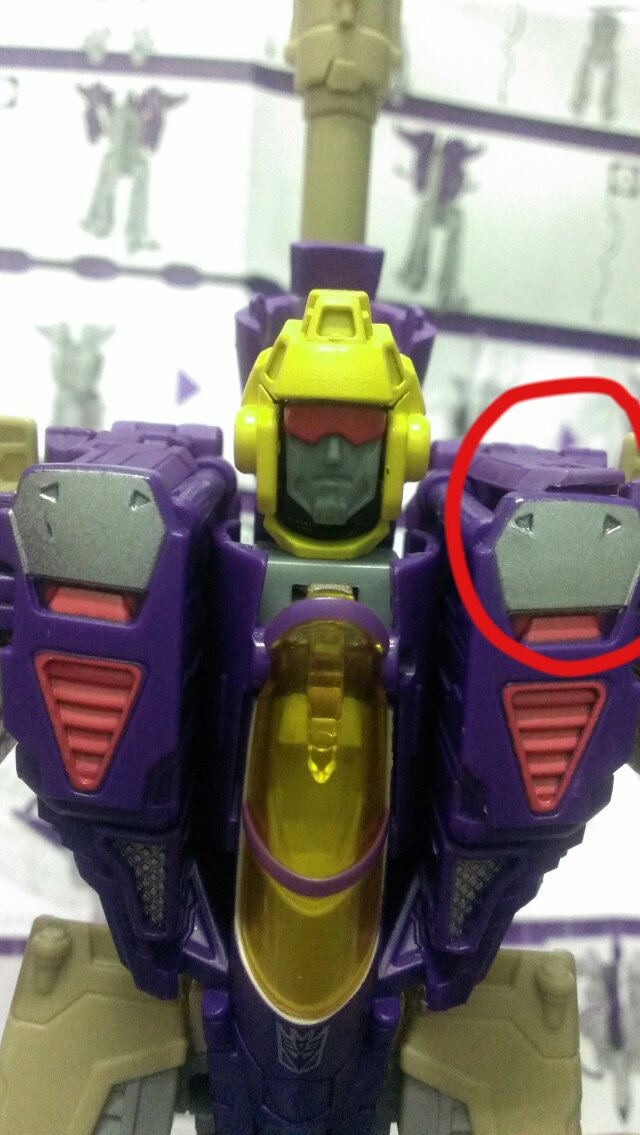 The redeeming factors of this figure is its details and panel linings. 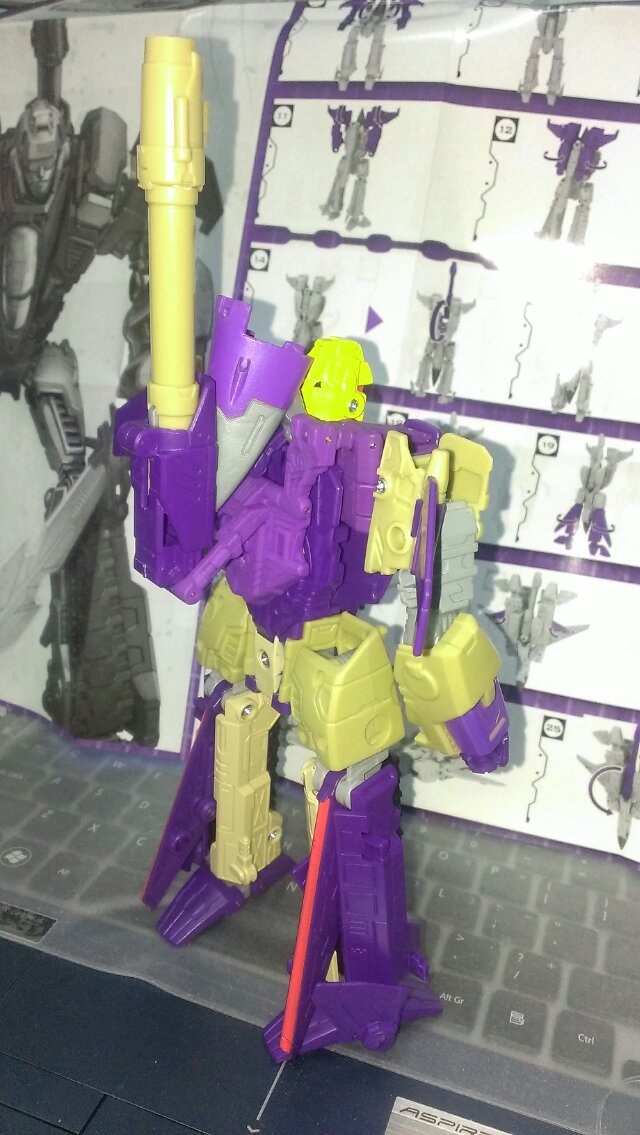 Samples of details and panel linings. 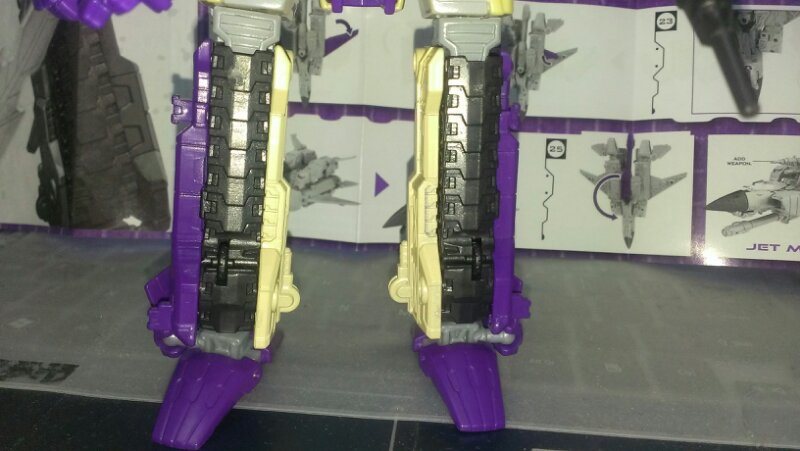 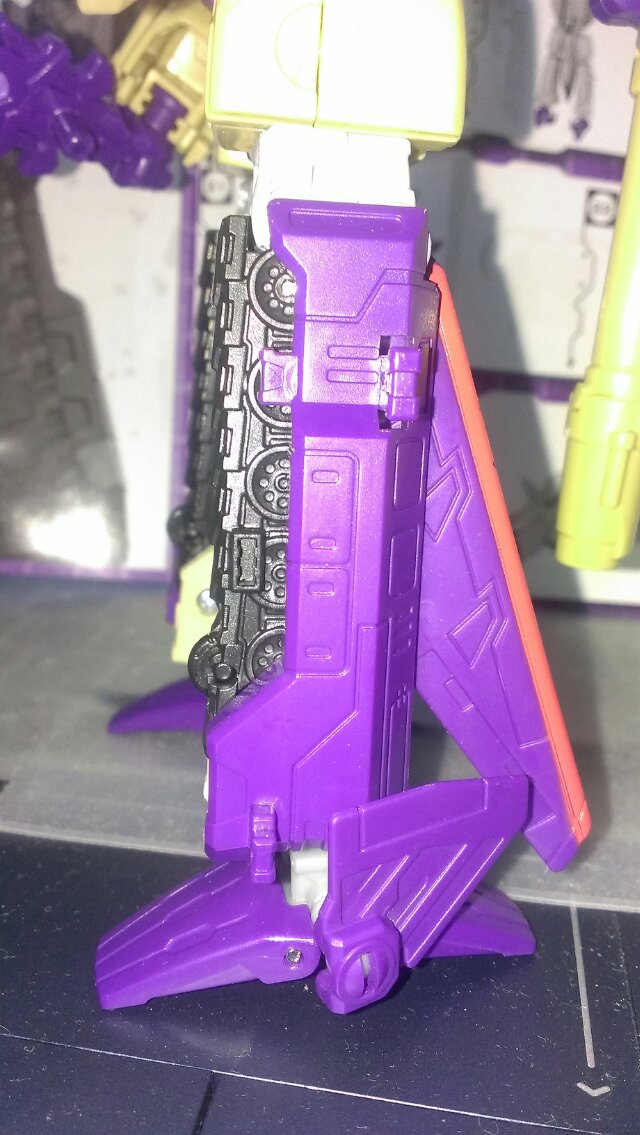 Details of Blitzwing legs from the sides. 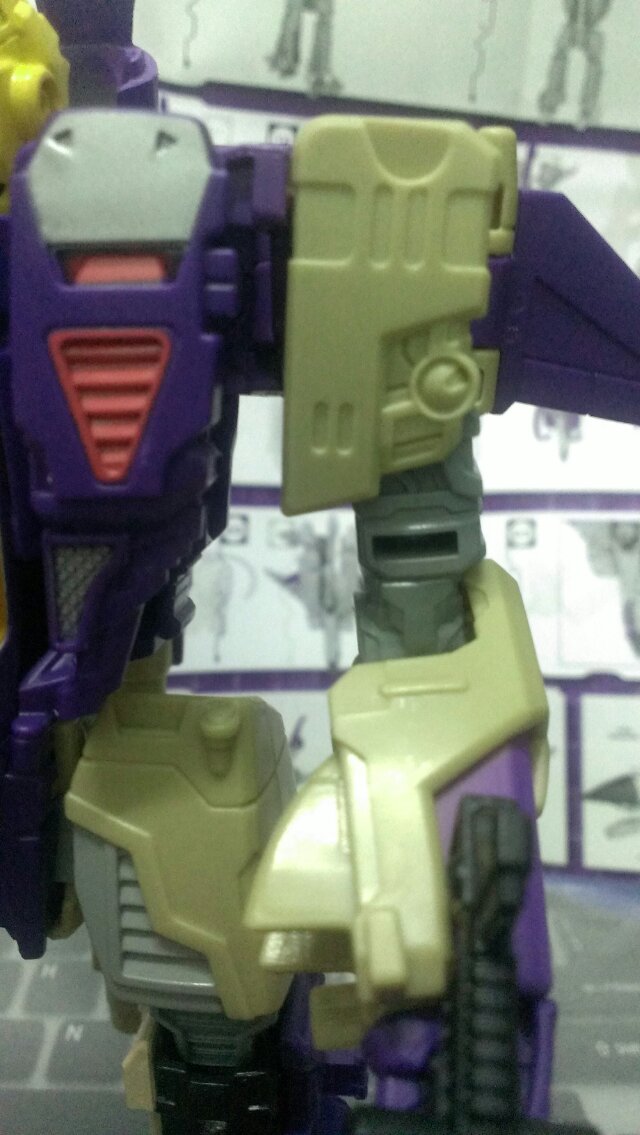