Jetfire, perhaps is one of a favorite transfromers character which seldom given justice due to limited TV time. In this installment, we will see how Hasbro has re-imagined Jetfire in their Transformers Classic toy line. Actually, it is re-imagined based on the takatoku macross 1/55 scale VF-1S .

This review will show you that Jetfire is one of a few Transformers Classic that gives more bang to your buck. 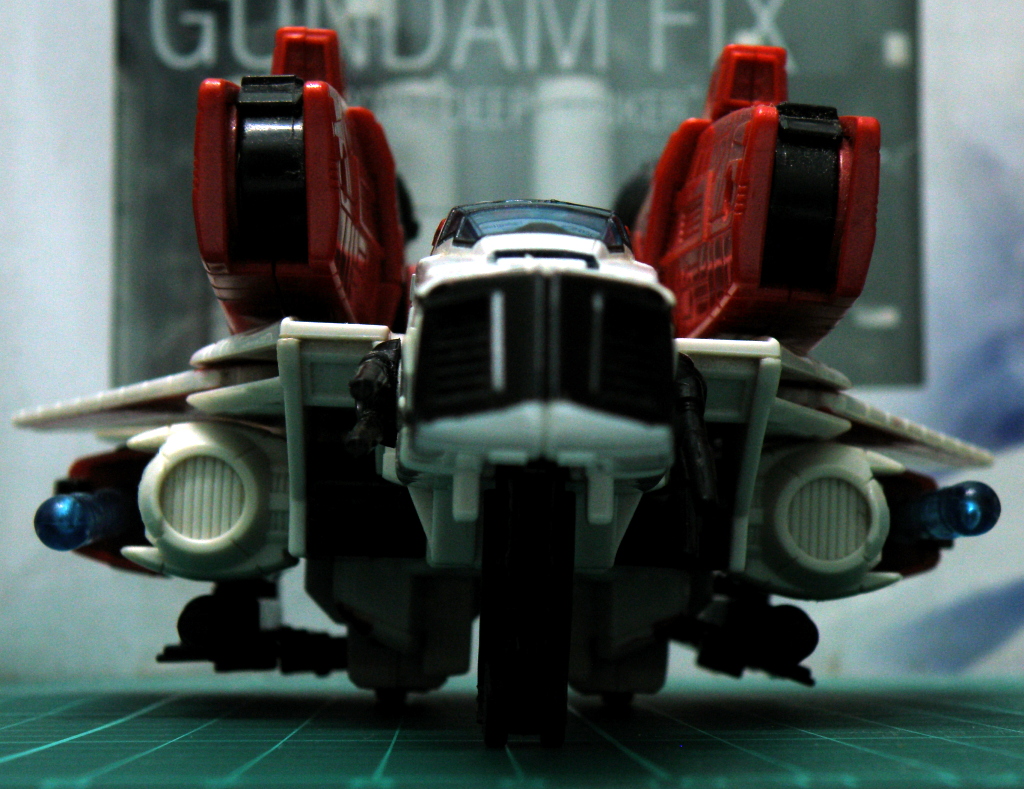 Jetfire, comes in a boxed package with it in its jet mode with a booster mounted onto it. The mode itself has a few gimmick, which includes an offensive mode. Offensive mode is where Jetfire’s booster shows its’ teeths guns/cannons. 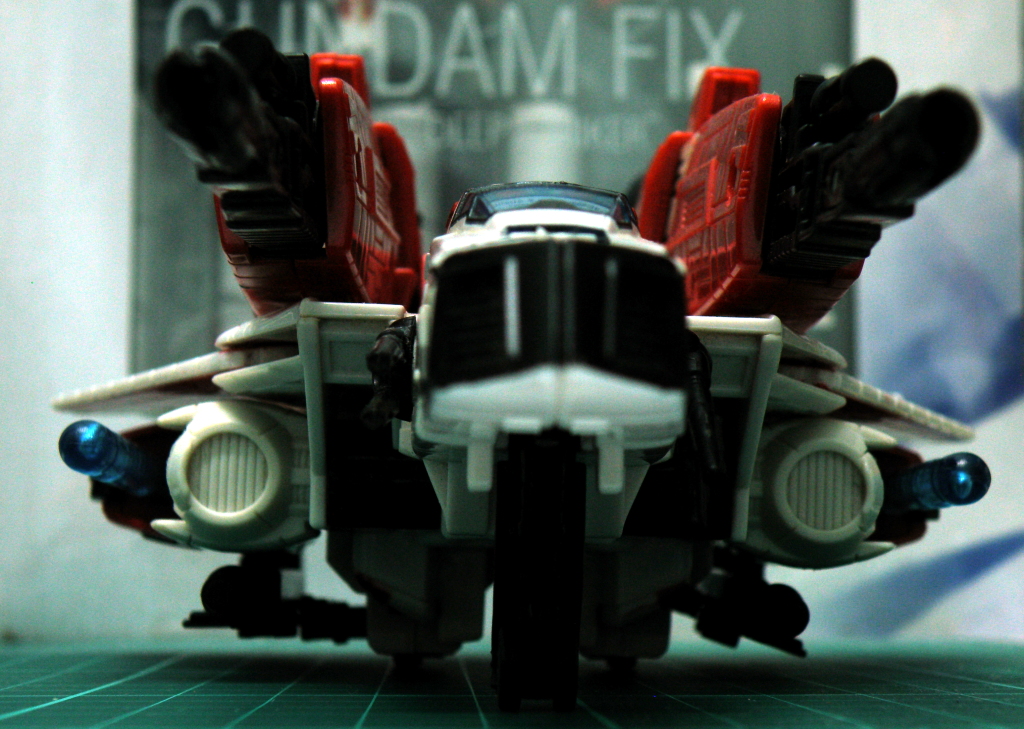 The toys designers in Hasbro is kind enough to provide working landing gears to JetFire, in which add functionality and details to the JetMode. In its jet mode, it feels very solid and are able to handle rough play; such as swoosh it without fearing any part lose and break aparts. 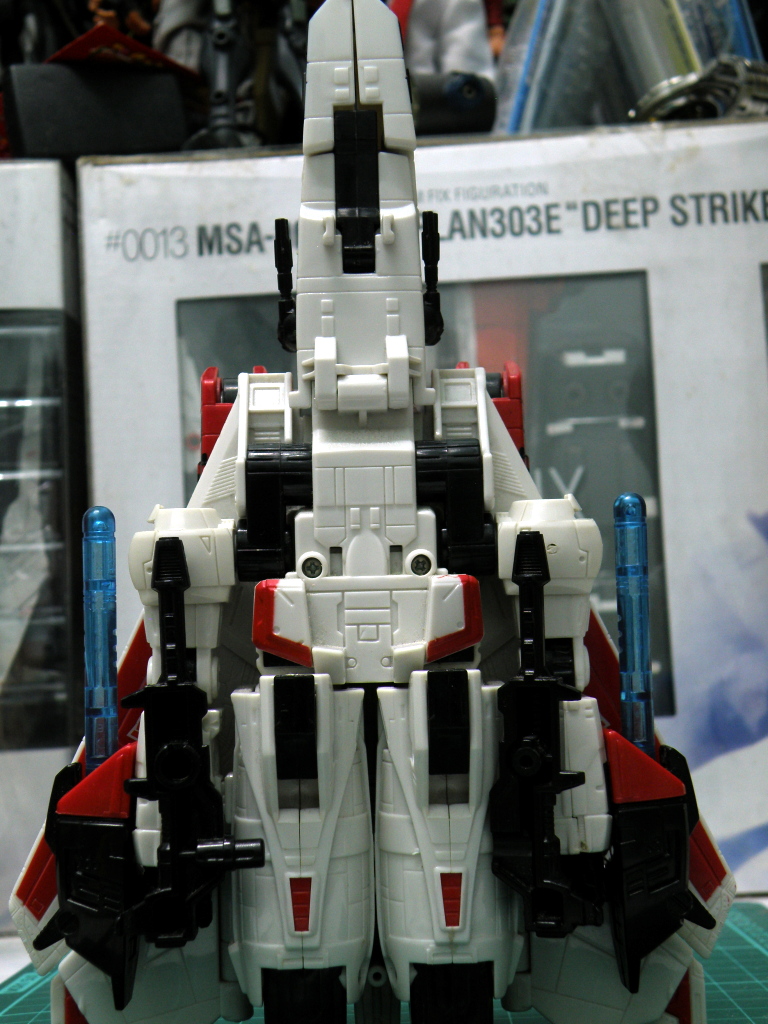 Jetfire jet mode down side

The JetFire jet mode can take off its boosters and armanent. 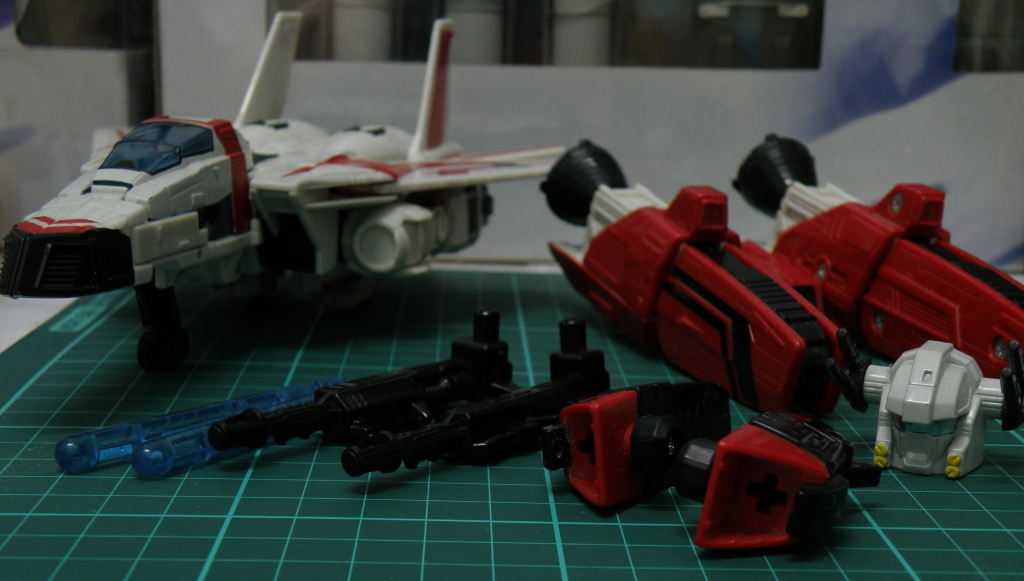 A closer look on JetFire Jet mode with armaments removed, shows that there is an ugly gap at the fuselage, below the cockpit. It is due to the supermode head is needed to cover the gaps. 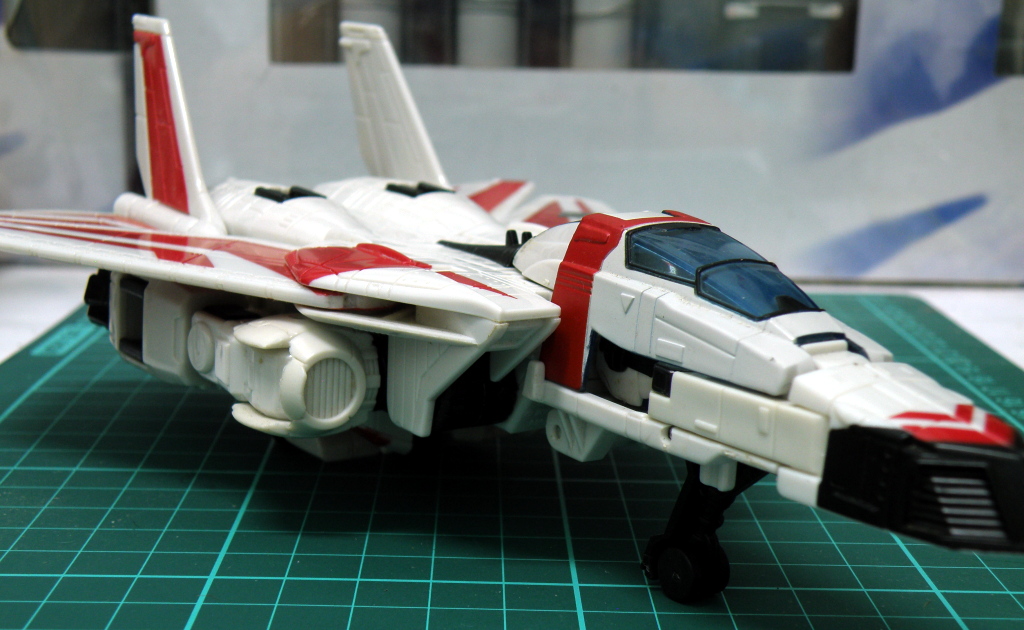