TransMYians wish to convey our apology that the toys on display in the Transformers Conventions are not for sale.

We do glad to interact with all the visitors that has choose to spend their weekends to follow us with a short Transformers Escapade. 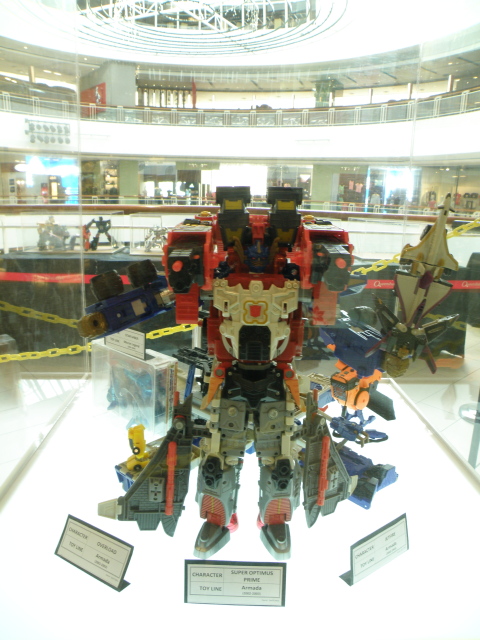 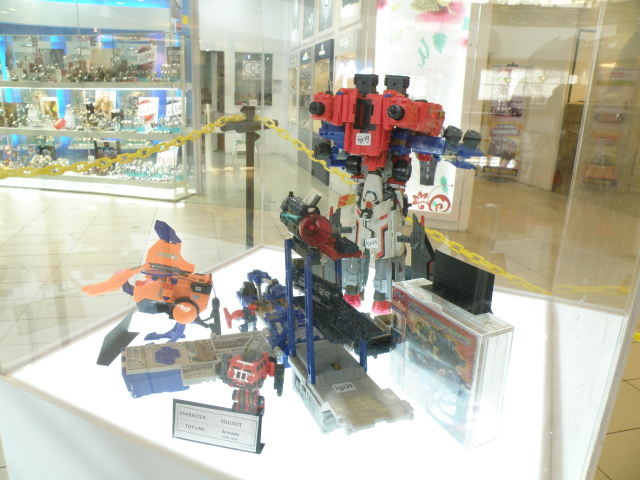 Another alien looking Transformers in which were created prior to Michael Bay´s Transformers. It was the ever contravertial Beast Wars and Beast Machines. Where it sparks a war among the most ardent Transformers stance. Yeah before 2007 there is actually a civil war between fans due to organic looking bots. History always repeats itself 😀 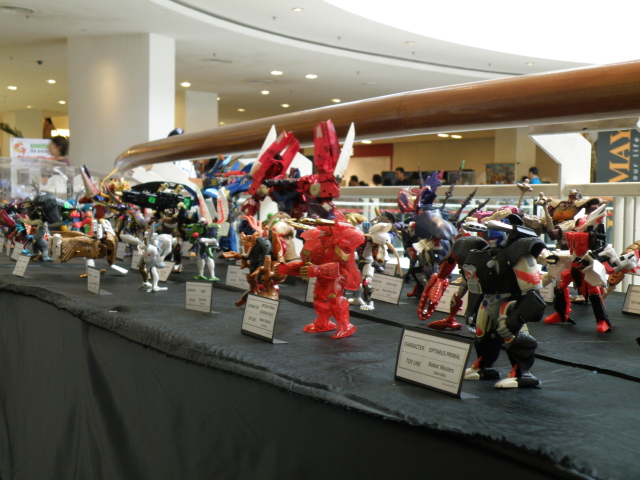 The most far right fans of G1 Transformers were screaming for heresy and blasphemy commited by the creators of Beast Wars and Beast Machines. Reasons are many and amusing, the most common reason is Robots are not supposed to be organic looking. I hope this post does not sparks another cyber heated debate and arguement 😛 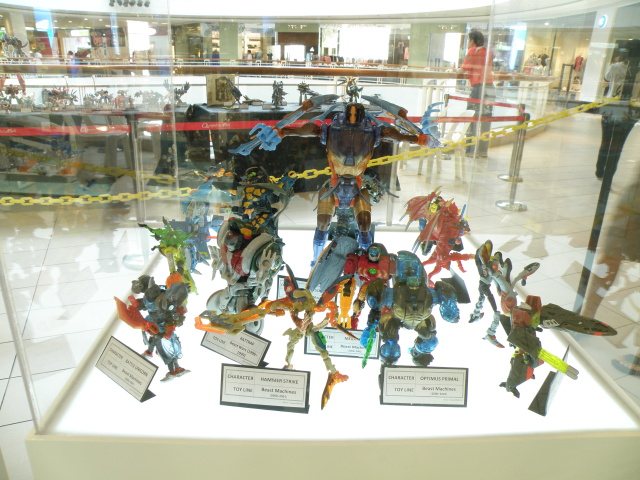 There is other event such as Mikeala look alike contest. Managed to take some of the girls. 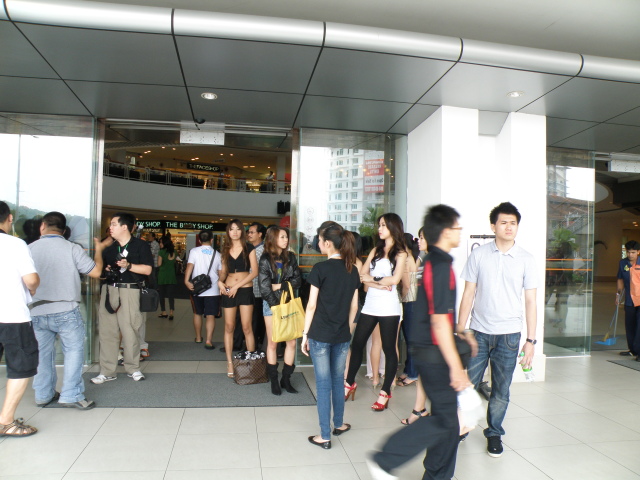 Some shots were taken outside.

A contestant of the Mikeala Look Alike. 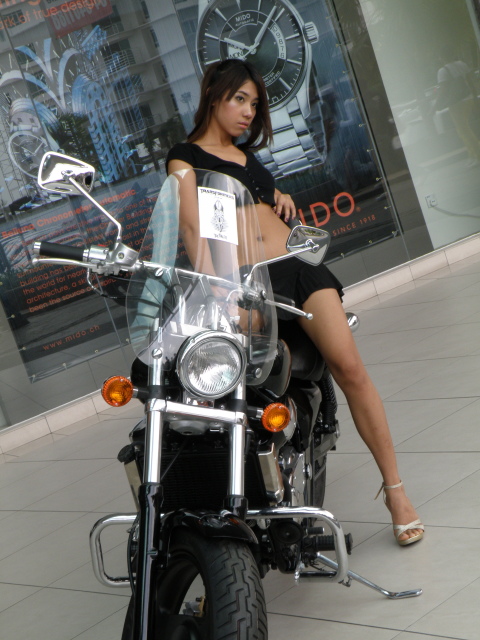 Another contestant of the Mikeala Look Alike.

Other than that we have tried to get cute and closer to the visitors of Transformers Convention by sharing the most famous bot at the moment, BumbleBee. 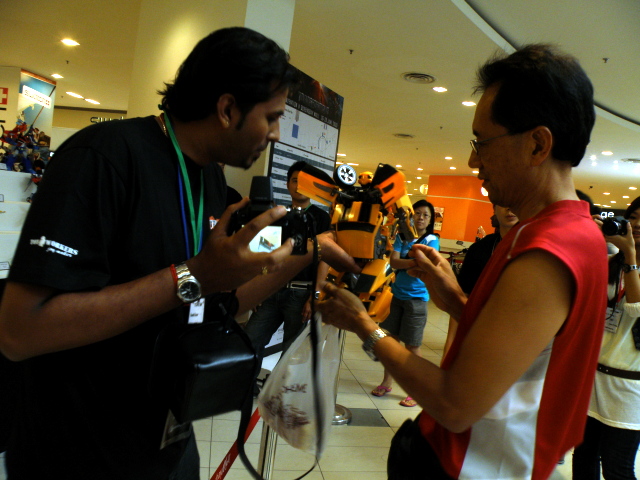 Another sighting was Spike from G1 transfromers. 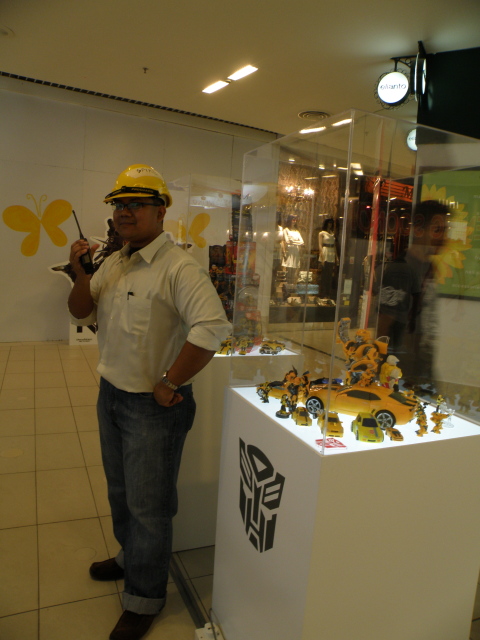 In transformers G1, there is a human character Spike Witwicky. Current Transformers Movie 2007 and Revenge of the Fallen, the main human is Sam Witwicky. The parallel is both Witwicky are human friend to BumbleBee. On a side note to male readers, if your GF or wife watch Transformers Movie in 2007 and continue to watch with you Revenge of the Fallen, buy a cute BumbleBee for them. For single men, if your romantic interest watches ROTF, start the topic using BumbleBee 😉 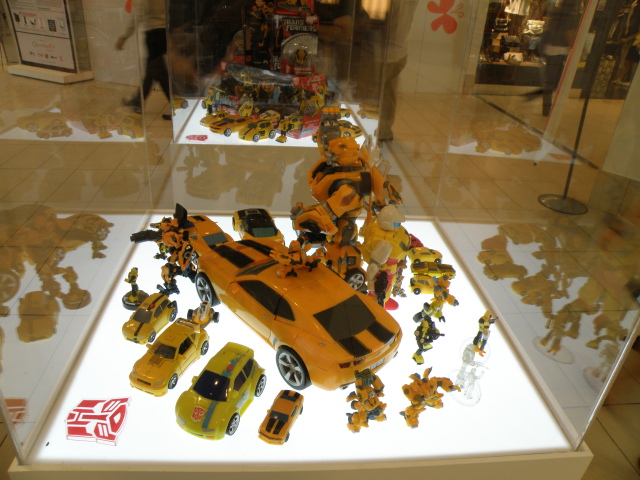 We encourage that visitors take advantage of bringing in camera for the Transformers Convention to take snapshots of their favorite robot. Some uses camera phone and there are alot using DSLRs. Most important the satistfaction of framing your favorite Transformers bot in your digital frame or album.

HandPhone cam caught in the act.

At last, the next post will be the final day of the Transformers Convention. Remember that if you are able to look at the Tranformers robot they will look back to you 😉 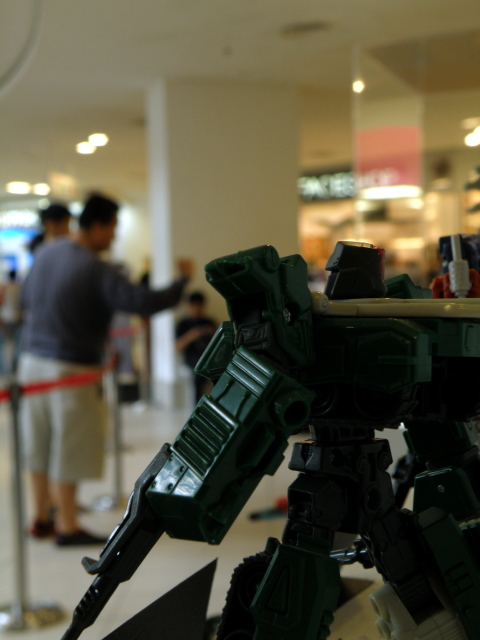 Megatron looking back at the visitors. 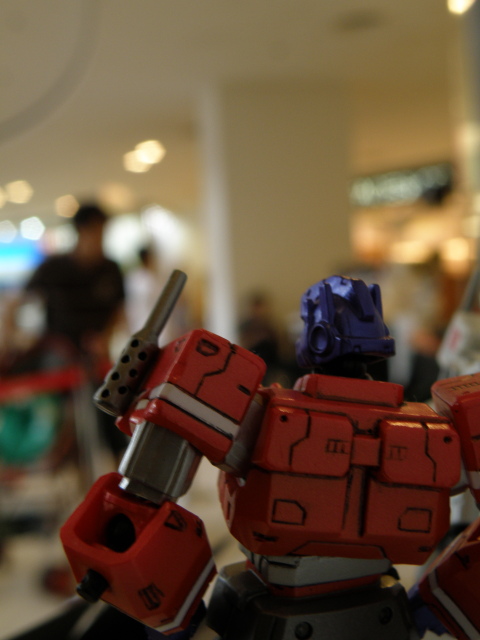 Optimus Prime looking back at the visitors.